“This is top-notch swordsmanship, cut with great thought and precision to leave no scar. There will probably be complaints from a stuffy old scholar or two. Not from me, though.” 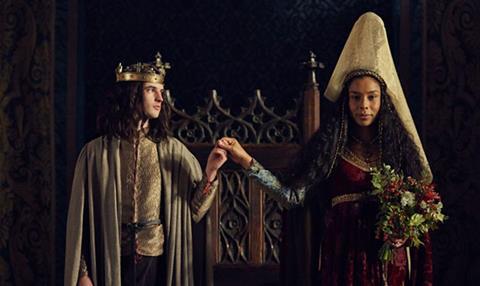 “Director Dominic Cooke has chopped and changed, brazenly. Perhaps chopped isn’t the right word, though. It suggests crudity, and this is top-notch swordsmanship, cut with great thought and precision to leave no scar. There will probably be complaints from a stuffy old scholar or two. Not from me, though. Bring it on, all of it. I’m enjoying the ride.”
Sam Wollaston, The Guardian

“Theatrical purists may throw their hands up in horror at the hundreds of lines of Shakespearean verse left littered on the cutting floor, at the mashing together of characters to create a simple narrative, at the unnecessary modernisation of syntax and vocabulary. What Cooke captures is the scope, the daring and the savage headlong rush of the poet’s imagination, and that’s not to be scoffed at.”
Tim Auld, The Telegraph

“It looked spectacular, but neither the storytelling nor the poetry was really gripping. In consequence, the mind did tend to wander. That wasn’t the fault of director Dominic Cooke, who was brimming with visual tricks. No, the blame lies with the Bard. The Henry VI trilogy, from the beginning of his career, is simply nothing like his best.”
Christopher Stevens, Daily Mail

“The fight scenes were sanguinary, the death of Joan of Arc horrifying, and the court action often very funny. What I really admired, however, was the clarity of the verse-speaking and of the narrative. I speak as one who gets muddled following In the Club.”
Andrew Billen, The Times

“Attenborough at 90 was basically This is Your Life without the big red book and the big surprises. Kirsty Young chats to Sir David about his life, about his work, and lots of people, some famous, some not, come on, or send messages, to say that he’s wonderful. Fair enough, I suppose. He is.”
Sam Wollaston, The Guardian

“Prime ministers, princes and other fans were queuing up on Attenborough At 90 to say something quotable in honour of Sir David. None of them made much impression, though, beside the broadcasting maestro himself, who was brimming with anecdotes while Kirsty Young ran through a few highlights of his career.”
Christopher Stevens, Daily Mail

“These studio tributes have a sketchy flavour of the gentle chat show and throw up odd juxtapositions, in this case the jazz singer Gregory Porter rounding things off with What a Wonderful World. But no accolade would have been remotely sufficient to encompass Attenborough’s importance to the survival of the planet not to mention the BBC.
Jasper Rees, The Telegraph

“Nothing has affected me like last night’s two-hour documentary, Hillsborough. From its quiet, seemingly irrelevant opening re-enacting a minor disciplinary offence by cops on the streets of Sheffield, it rose to a roar of grief that was indistinguishable from anger of the most righteous variety.”
Andrew Billen, The Times

“Once the testimonies from survivors, the grieving, police officers and match officials began, interspersed with the footage of that awful aborted match, you wondered why any time had been wasted on anything else. This was a harrowing couple of hours, the pain only partly eased by the long-fought-for rulings of a fortnight ago.”
Matt Baylis, Daily Express

“For two harrowing hours, Daniel Gordon’s outstanding, meticulous documentary reconstructed the day and its shameful aftermath, and as the testimony flowed from those who were there, it felt tantamount to attending the inquest whose verdict was announced last week. Still don’t quite believe in establishment cover-ups? You need to watch this indispensable film.”
Jasper Rees, The Telegraph