“It’s accomplished American TV, but so far at least, it does not look as if it was necessary to make.” Read on for the verdict on last night’s TV. 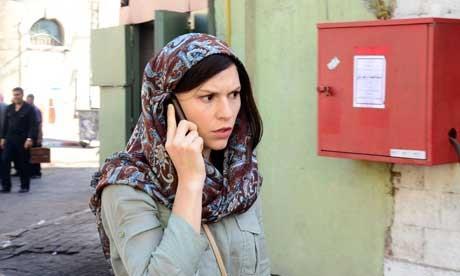 “Homeland is a better thriller than 24, whose stable it shares. But its return last night suggested it shares one sad similarity: most of what it had to say was said by the end of its first season… It’s accomplished American TV, but the second season is not necessary viewing because, so far at least, it does not look as if it was necessary to make.”
Andrew Billen, The Times

“The strength of Homeland isn’t the occasionally dubious tradecraft… It’s the way it feeds human feeling into a spy thriller.”
Tom Sutcliffe, The Independent

“A set-up episode is always a tricky one; there are things to be reminded of, others to be conveniently forgotten. Momentum doesn’t happen instantly, it needs to be worked up to. All the signs are that it will be, and Homeland will, once again, be the best drama on TV.”
Sam Wollaston, The Guardian

“When you wait a year for something, something that was universally judged to be blooming brilliant last time round, you do expect something better than a Fall Guy storyline. That nonetheless was what the writers of this post-9/11 spy thriller served up.”
Matt Baylis, Daily Express

“Arena pinpointed the origins of this plotless bore in two things: their traditional Fifties childhoods and fondness for psychedelic drugs. The result was a film that only the Fab Four could appreciate.”
Matt Baylis, Daily Express