“This was Homeland back at its absolute best.” 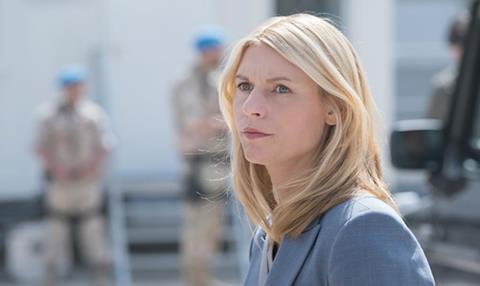 “This was Homeland back at its absolute best. Peppered with topical references – including Isis and Edward Snowden –  and boasting, as always, a string of excellent actors. The stage was being set for an explosive season final.”
Amy Burns, The Independent

“Another complete reboot for season five has got the show back firing on all cylinders again. OK, so the set up wasn’t flawless. Nevertheless it still held the promise of a topical thrill ride like few other dramas.”
Gerard O’Donovan, The Telegraph

“Homeland has always followed close behind the headlines, but this series looks like it could achieve the impossible, combining a classic spy tale with tomorrow’s rolling news stories. Compelling television.”
Christopher Stevens, Daily Mail

“We’re starting afresh, a little slower, which may prove to be wiser. By the end of this opener, though, the pulse is beginning to quicken once again, and Carrie’s on her way back to a war zone.”
Sam Wollaston, The Guardian

“Carrie’s desire for atonement (from God!) is a real contrast to last season’s drone-queen persona. Quinn’s summation to his employers of America’s strategy-free response to Islamist terrorism was spectacularly on the money. It is just that, so far, it does not feel much like a thriller.”
Andrew Billen, the Times

“There were some excellent tips in Sir Alex Ferguson: Secrets of Success. Not just about how to manage a football team very successfully and win a lot of trophies. This interesting profile is about how those leadership skills can transfer to success in other areas. Running a multinational corporation say, or maybe a country.”
Sam Wollaston, The Guardian

“Presented by Nick Robinson, the BBC’s attempt to ‘uncover the secrets’ behind Sir Alex Ferguson’s success was an odd sort of living tribute to the former Manchester United manager. There’s no denying that Sir Alex was an incredibly successful manager and a shrewd businessman. But as far as secrets go, it was pretty scant.”
Amy Burns, The Independent

“Sylvia Lancaster’s loving recollections of her daughter’s journey from birth to reason-defying, appallingly painful death cut so deep as to be almost unbearable at times. One imagines this as a transcendent theatrical experience; on screen, slightly distanced, it was only marginally less so. A stunning and unforgettable memorial.”
Gerard O’Donovan, The Telegraph

“I’d be wary, generally, of any performance combining a true story, acting, film and poetry. This one was a profound exception.”
Matt Baylis, Daily Express