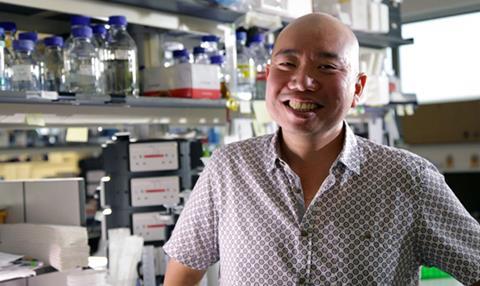 Horizon: Why Are We Getting So Fat?, BBC1

“Dr Giles Yeo’s Horizon special was a healthy buffet of factlets served piping hot. Thanks to rapid editing, he provided a feast of information that made us pay attention for a full hour — a rare achievement for any science documentary, let alone one that is trying to break us of bad habits.”
Christopher Stevens, Daily Mail

“The likeable geneticist Giles Yeo empathised like mad by eating as much junk food as he could on his trips to one of the most overweight towns in Wales and to the US, land of the fat. His it’s-not-your-fault/one-day-there’ll-be-an-injection thesis would have been dangerous had he not insisted that knowledge was power and we were better than our genes.”
Andrew Billen, The Times

“Some of us, so last night’s programme revealed, have a genetic glitch that makes us prone to overeating and being heavier. An intriguing experiment last night suggested that knowing you have it might make you more careful where the all-you-can-eat buffet is concerned.”
Matt Baylis, Daily Express

“They’re both good on television: open but, entertainingly, not entirely self-aware. It’s like a rare and fortuitous planetary alignment. The makers know they’ve got something good and milk it for all it’s worth.”
Sam Wollaston, The Guardian

“This was a wince-makingly enjoyable documentary. I liked them both and I’d want neither as a brother.”
Andrew Billen, The Times

“If King Henry, being thoughtful, insightful and gorgeous doesn’t get you in the mood, then it’s hopeless. Excellent contributions from Ruud Gullit, Cesc, Jürgen, Shearer and more, too – demonstrating that footballers do have something to say, at the end of the day.”
Sam Wollaston, The Guardian

“We met wealthy Nigerians, the sons and daughters of oil barons and bankers, who are in London to buy truckloads of the flashiest tat they can find. One crass idiot with more petrodollars than brain cells even had diamonds on the soles of his shoes, which must have played havoc with the lino.”
Christopher Stevens, Daily Mail