“Tim’s genuine passion and the undeniably fascinating subject matter made this an incredibly enjoyable watch.” 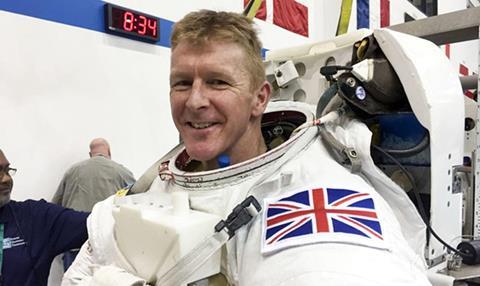 Horizon: Tim Peake Special – How To Be An Astronaut, BBC2

“Tim Peake was no seasoned storyteller or trained presenter, but his cheery face, genuine passion and the undeniably fascinating subject matter made this an incredibly enjoyable watch.”
Amy Burns, The Independent

“It’s fascinating and brilliant, of course it is; Tim is going in a rocket, to space. There is something very nice about Tim Peake; obviously he’s incredibly level-headed and balanced, as well as being fit and technically minded and all the other things you need to be if you’re going to be an astronaut. But he is also really excited and gets the wonder and the joy in what he’s doing.”
Sam Wollaston, The Guardian

“It was a fascinating tour of Earth’s celestial gateway. It all looked immensely hard work, but Peake barely broke sweat. As a guide round Nasa and its Russian equivalent, Star City, he was a sort of freckly Michael Palin, parsimonious with superlatives, generous with boyish smiles.”
Jasper Rees, The Telegraph

The World According to Kenny Everett, ITV

“The World According to Kenny Everett is fairly standard tribute fare – you know, clips plus starry colleagues and friends saying how marvellous he was. I think how much you enjoy it would depend on where you stand with Kenny, and I never really got him.”
Sam Wollaston, The Guardian

“The World According to Kenny Everett didn’t offer much that was new for those familiar with his story. But who’s complaining? I marvelled anew as a mixture of clips and reminiscences brought the raving, conflicted genius back to life for a melancholy tribute.”
Jasper Rees, The Telegraph

“Talking heads including Queen drummer Roger Taylor and comedian Billy Connolly queued up to murmur platitudes, but they all seemed to assume everyone appreciated how extraordinary Kenny was. And I don’t think we did. What made him extraordinary was his suicidal comic daring — which the documentary didn’t quite convey.”
Christopher Stevens, Daily Mail

“It had the usual wobbly, amateur dash-cam footage, passed off as proper TV. It also had the usual clichés. In among that, though, there were several genuine and quite effective attempts to get us to appreciate what bad weather really means.”
Matt Baylis, Daily Express