“An absorbing and challenging Horizon, an oddly heavyweight option for Sunday evening.” 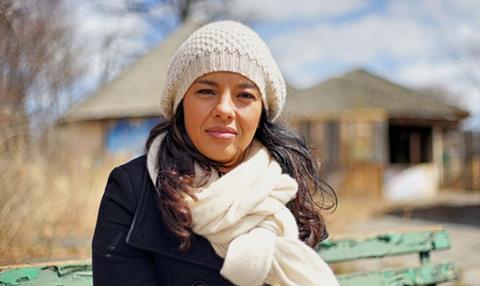 Horizon: Should We Close Our Zoos?  BBC2

“The difficult question of whether zoos are appropriate homes for ‘wild’ animals was tackled head on by science presenter Liz Bonnin in an absorbing and challenging Horizon, an oddly heavyweight option for Sunday evening.”
Gabriel Tate, The Telegraph

“Horizon: Should We Close Our Zoos? didn’t so much answer a question as leave it out for us to nibble on. It certainly made it clear the standard idea of a zoo, with enclosed beasts and humans trooping past, belongs firmly in the past.”
Matt Baylis, Daily Express

“This was not a secret-camera documentary exposing appalling conditions. It was a worrisome analysis of the multiple failures of institutions whose concrete stables are strewn with high hopes and good intentions. On the evidence of the zoologist Liz Bonnin’s depressing documentary, the solution to the zoo problem is not closure but to make them boring.”
Andrew Billen, The Times

“The Decade That Made Me was unusual in the depth and insight it applied to an era that’s usually dealt with in three clips and a line of voiceover. For Jones and the many other musicians interviewed on this thoughtful, charming programme, all the ‘turning on’ and ‘tuning in’ took place firmly in the Fifties.”
Matt Baylis, Daily Express

“It is not earth-shattering cultural commentary or historically revelatory. But Tom is an amusing and entertaining guide – to his valley, to his decade, to his past.”
Sam Wollaston, The Guardian

“Not a fashionable thing to admit to, and I know he is annoying and a bit of a twerp, but I enjoyed Michael McIntyre’s Big Show. Sweet-natured Saturday-night family entertainment, it could almost be the 50s. Except MM’s stunts are really good fun.”
Sam Wollaston, The Guardian

“A hotchpotch that steals from Ant and Dec’s Saturday Night Takeaway, Britain’s Got Talent and Billy Smart’s Circus. It’s not so much old-fashioned family entertainment as retro. Trouble is, Ant and Dec do all this so much better — and quicker and slicker.”
Christopher Stevens, Dail Mail

“By the time we got to the record producer with a harem of women chained up in the crypt of his recording studio, I had ceased to buy any of it. Worse, really, the lead male characters were so macho (adding to the plot’s nasty, misogynist dynamic) that I did not mind that I had.”
Andrew Billen, The Times