TV Critics: How Not to Get Old; Nurses; Sharknado; Saving Hope

“It didn’t feel very C4 to be implying that having chunks cut off yourself to feel better was a reasonable strategy.” Read on for the verdict on last night’s TV. 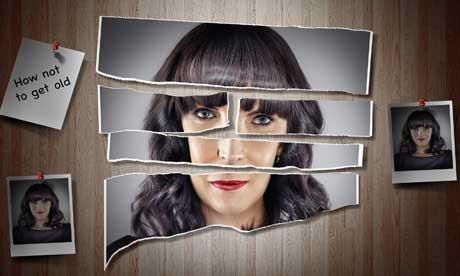 “I suppose this might be interesting, useful even, if you’re considering cosmetic work yourself. Otherwise it’s not the greatest television. They manage to remove all tension by telling you what’s going to happen before it does… It’s not even humorous or fun – Gok they’re not.”
Sam Wollaston, The Guardian

“For me, the immediate issue was how to eat my modest supper once Louise’s surgeon, Mr Richards, got cutting… Having my appendix out not long ago was bad enough. What self-love or self-hatred would make desirable the pain and misery of an extensive voluntary intervention?”
Christopher Howse, The Telegraph

“It didn’t feel very Channel 4 to be implying that having chunks cut off yourself to feel better was a reasonable strategy or worth this balanced Which? magazine-style approach of weighing up the pros and cons. I’d rather they took people dissatisfied with their bodies and made them hang out with people whose faces and limbs were missing to see if that changed their minds.”
Matt Baylis, Daily Express

“Nurses is a straightforward, gimmick-free observational documentary series filmed in Cardiff hospitals. No attempt is made, as with 24 Hours in A&E, to shape the narrative to make a point. No standout characters are found, no private lives explored. Any problems of resources are ignored. The nurses self-diagnose as caring, leaving the profession’s alternative burgeoning reputation as a bunch of desensitised clock-watchers unaddressed.”
Andrew Billen, The Times

“I found myself wondering why medical dramas always spend so much time on the doctors and the surgeons and the only one I have seen about nurses focused more on their love lives than on the job they do. Here at last is the cure, or part of it: a series specifically showcasing what these frontline troops of the NHS do, day in and day out, without a great deal of recognition or recompense.”
Matt Baylis, Daily Express

“The documentary Nurses was not fiction, so there was none of the love-interest or outbreaks of criminality expected in the usual hospital dramas… This admirably ungimmicky study listened in to patients’ reactions and gave the nurses a chance to speak their thoughts to camera.”
Christopher Howse, The Telegraph

“How high your tolerance for such things is probably depends on how early in your life you were exposed to bad 1970s disaster movies. Fortunately, having been raised on them, I thrill to implausible scenarios, cornball dialogue and large casts dying in wacky ways. And while Sharknado didn’t quite match the memorable moment in The Poseidon Adventure when a game Shelley Winters recalls her days as a competitive swimmer and frees Gene Hackman from certain death only to keel over herself, it’s also the case that you probably don’t need pathos when you have sharks.”
Sarah Hughes, The Independent

“This pilot was all corn, served with musical syrup… Alex (Erica Durance) turns in as complex a performance as is possible, given the script… Michael Shanks as Charlie, despite wearing his black tie undone Rat Pack style, is bovinely uncharasmatic.”
Andrew Billen, The Times