TV Critics: How to Die; The £100k House; Midsomer Murders

“How to Die: Simon’s Choice was a beautiful, careful, measured film.” 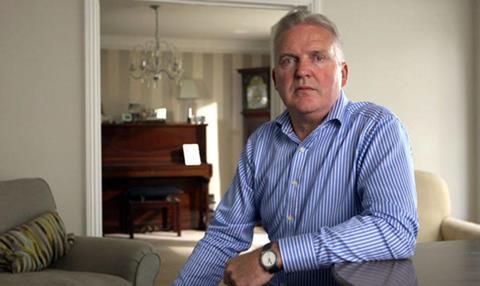 How to Die: Simon’s Choice, BBC2

“How to Die: Simon’s Choice was a beautiful, careful, measured film. It showed the nuances and cross-currents that run through every crisis, and made you feel the particular burden each of those involved are carrying. It complicated the issue, instead of simplifying it, as a lesser film would have done.”
Lucy Mangan, The Guardian

“Simon’s Choice was painful viewing. But after watching it, I couldn’t help thinking that the 330 MPs who voted against the Assisted Dying Bill might have swayed the other way had they seen it too. You didn’t have to agree with Simon’s choice, you didn’t even have to like him, but this film should be compulsory viewing.”
Amy Burns, The Independent

“The reason I most admired Rowan Deacon’s film was that it empowered those who lovingly disagreed with Simon’s choice and asked us to consider if it was his alone to make. As a tender diary of death and as an intelligent, passionate debate, the film was first class.”
Andrew Billen, The Times

“This was a sensitive, intimate and deeply affecting film, a landmark documentary that navigated a moral, emotional and legal quagmire with distinction while never forgetting the human tragedy at its heart.”
Gabriel Tate, The Telegraph

“On the surface, this was just another home improvement programme but it actually offered something most property shows don’t. And that’s the fact that the people involved were genuinely improving their properties so they could improve their lives, not so they could flog them for four times their real value and price yet another would-be first-time buyer out of the property market. Society needs more of this kind of attitude so the BBC should be praised for showcasing it.”
Amy Burns, The Independent

“In a way, The £100k House: Tricks of the Trade is a budget version of Channel 4’s Grand Designs. We, along with Chris and Claire, realised what jolly clever things you can do for not very much. You did wonder, though, if some of it would be in vain in this case.”
Matt Baylis, Daily Express

“Amid a veritable morgue’s worth of sub-par detective shows on ITV, since the demise of Poirot this is now the oldest and stinkiest of the lot. Mostly, it’s the smell of out-of-date cheese, with only the occasional whiff of self-awareness that threatens to save it from total ignominy.”
Gabriel Tate, The Telegraph

“This dependable detective show will be 20 years old next year. But all the moving parts still mesh as neatly as ever, to offer a smooth ride with elegant trim.”
Christopher Stevens, Daily Mail