“Whoever dreamed this up probably wears baking foil inside his nightcap to stop MI5 eavesdropping on his dreams.” 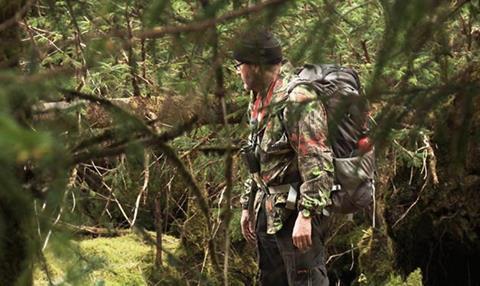 “Just when you think reality television has nothing left to offer, along comes Hunted to make you think again. The game show element was very effective, playing with our instinctive tendency to take the side of the pursued, and skilfully edited to keep the tension high.”
Gerard O’Donovan, The Telegraph

“Yes, it’s a game, reality television. But it’s also a social experiment, about people and how they behave under pressure. It’s exciting as well as original. And will appeal to anyone who has ever thought about running away, or disappearing, and wondered how they would go about it.”
Sam Wollaston, The Guardian

“Hunted is conspiracy theorist scaremongering, the brainchild of fantasists who think that beady government eyes are peeping at everything they do. Whoever dreamed this up probably wears baking foil inside his nightcap to stop MI5 eavesdropping on his dreams.”
Christopher Stevens, Daily Mail

“I actually found it reassuring that the authorities can indeed track down miscreants with such relative ease. Anyway it was mostly pointless, whatever it was, and not half as entertaining as the CCTV clips that you can gorge yourself on on YouTube.”
Sean O’Grady, The Independent

“I must have been in an unusually grim mood last week when I tutted and turned off the opening episode of Cradle to Grave. Later I found it to be an absolute hoot. For all its gor blimey excesses, wearisome if you’re not in the right mood, it succeeds in breathing the essence of growing up in the 1970s.”
Gerard O’Donovan, The Telegraph

“There was a wonderful pub scene in last night’s episode and it joined the many other reasons why I’ve taken this gentle comic memoir to heart. It combines pure slapstick, sharp lines and a sincere truth that goes right to the heart of it.”
Matt Baylis, Daily Express

“The higher the actors, led by Peter Kay in an unsatisfactory London accent, raise their knees up, the more deeply do I feel the desperation of the ignorance and poverty in which the Bakers were apparently imprisoned. Every now and again, something so odd happens that it carries the unmistakable sting of autobiography.”
Andrew Billen, The Times

“All the possible-couples were matched broadly along their place in the social order. It might have been better if they’d tried to mix the classes up a bit. If there was one dating lesson we chaps should learn from this show it is that confidence is the greatest aphrodisiac, apparently more potent than power or good looks.”
Sean O’Grady, The Independent

“The diners are young, few are from London, and they are often disorientated from the start. The casting looks increasingly as if it has been made with the deliberate intention of extending the contestants’ embarrassment from the sexual to the social.”
Andrew Billen, The Times

“This family sitcom keeps crowbarring right-on speeches into the conversation. If you want to know the politically correct phrases to use and appropriate poses to strike when talking to women who used to be men, this show is your textbook. Be prepared for more lectures than laughs.”
Christopher Stevens, Daily Mail