“Full of gallows humour, warm camaraderie and white-knuckle tension, Hunted is well worth tracking down.” 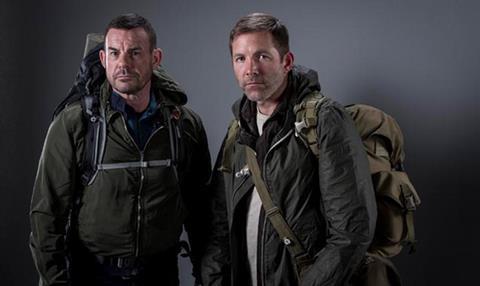 “It’s an interesting social experiment, about how people react to pressure. It does ask questions about the balance between security and freedom, Big Brother Britain. Plus it’s a thriller, a bloody good chase.”
Sam Wollaston, The Guardian

“Switching between jittery camerawork and whizzy graphics, Hunted was styled like a spy movie and equally adrenalin-pumping. Full of gallows humour, warm camaraderie and white-knuckle tension, it is well worth tracking down.”
Michael Hogan, The Telegraph

“Fix! What’s the point of watching Hunted when every scene is bogus? It literally turns crime into a game. And it does it through blatant TV trickery. The scenarios treat us like gullible idiots.”
Christopher Stevens, Daily Mail

“Far more interesting than watching people run about, while other people watch them on CCTV, are the reactions of the bystanders who become involved. The perky, sporty pair of fugitives Anna and Elizabeth, for example, asked a man in a service station car park for a lift. He asked where they wanted to go, not apparently wondering why they were accompanied by a bloke (the covert camera operator) who didn’t speak.”
Matt Baylis, Daily Express

“Paranoid is made by Mancunian powerhouse Red Productions, our premier factory for classy contemporary drama, with a CV including such hits as Happy Valley and Last Tango in Halifax. This was a rare flop.”
Michael Hogan, The Telegraph

“Hunted wasn’t the biggest heap of incredible twaddle on the box last night. That award goes to Paranoid, an eight-part drama starring Robert Glenister as Bobby Day, Britain’s most incompetent detective. Bobby was having panic attacks. Who can blame him? You’d panic too, if you found yourself in a TV drama as bad as this.”
Christopher Stevens, Daily Mail

“It’s an odd one, this. It doesn’t really add up or hang together. Ostensibly a conspiracy thriller, but am I supposed to be sitting on the edge of my seat, chewing my knuckles, looking over my shoulder, laughing even? Or caring about any of these unlikable people? After the arresting first scene, I’m not really doing any of these things.”
Sam Wollaston, The Guardian

“The plot looks intriguing enough but it feels not quite ready to be on the screen. People shout lines that might be the headlines to their character biographies, rather than words real people would actually utter.”
Matt Baylis, Daily Express

“There is a possibility that there is a theme of maternity going on here in Bill Gallagher’s drama, but equally likely there isn’t. The truth is I don’t know where Paranoid is going, which may, at this stage, be no bad thing, provided that the writer does.”
Andrew Billen, The Times

“Patrick Forbes’s mistitled and heavy-handed film related the referendum campaign and its aftermath as a family squabble. A lighter, less know-all touch in the editing suite might have produced something better, and funnier.”
Andrew Billen, The Times