“In parts it’s more like an episode of Breaking Bad than a David Attenborough documentary.” 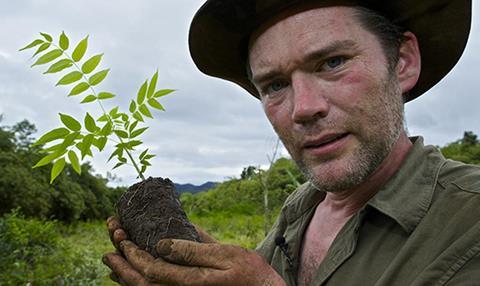 I Bought A Rainforest, BBC2

“It’s much more gripping than you’d expect a film about conservation to be. Yes there are trees, and a lot of explanations about why they’re so important to the future of the planet. There are insects and snakes and glorious kingfishers, and startling footage of rare tribes like the Machiguenga. But in parts it’s more like an episode of Breaking Bad than a David Attenborough documentary.”
Jenny Johnston, Daily Mail

“I Bought a Rainforest involved much more jeopardy and excitement than your average wildlife documentary, having more in common with the second half of Apocalypse Now. In between admiring exotic beasts.

“To add to your enjoyment, whoever wrote the script for voiceover clearly had a grudge against our adventurous presenter.”
Ellen E Jones, The Independent

“I Bought a Rainforest, suggests a cheerful caper in which our hero negotiates a series of crazy rainforest obstacles — a kind of Ground Force with mosquitoes. It turned out instead to be a maelstrom of middle-class guilt — admirable, in a hair-shirted kind of way, but indulgent at times in its worthiness.”
Ed Potton, The Times

“There was just too much plot, too much gloomy stylised direction and too many strings on the soundtrack, bringing a surreal melodramatic quality to some of the most serious moments. Byrne gave the drama that warm burr and powerful charisma that can transfix the attention, but it wasn’t enough to make up for its flaws. It was heavy going to get to the end.”
Chris Harvey, The Telegraph

“The six short films, featuring such proven talents as Meera Syal, Reece Shearsmith and Sally Phillips, are a mixed bag to say the least. In Frankie Boyle and Bob Mortimer’s Cookery Show, the scabrousness of the former comes up against the surrealism of the latter with ho-hum results.”
Ed Potton, The Times

“The documentary was rushed in places. BBC2 has run full series recently on everything from banking to sewers — surely this British superhero deserved more than just one hour.Too many stories were dismissed in a sentence or left half-finished. How was Captain Brown rescued after the aircraft carrier HMS Audacious was sunk by a German submarine? His chilling account was never completed.”
Christopher Stevens, Daily Mail