TV Critics: I Bought a Rainforest; Wallander; Backchat; The Story of a Child Prodigy

“Charlie Hamilton James is one of the most-open minded and likeable presenters on television.” 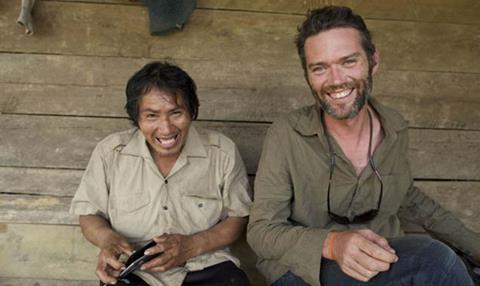 I Bought a Rainforest, BBC2

“Charlie Hamilton James, the wildlife cameraman turned (very minor) Peruvian landowner, has sought to persuade us he is a single-minded eco-warrior, whereas he is obviously one of the most-open minded — and therefore likeable — presenters on television.”
Andrew Billen, The Times

“Although this was classic, on-message conservationist-agenda stuff, Hamilton’s James’s visit to Brazil marked a change in his attitude and it gave the series a uniquely thoughtful outcome.”
Matt Baylis, Daily Express

“Charlie takes a potent blend of hallucinogenic jungle plants. It’s an enlightening and profound experience that gives Charlie a clearer understanding of the forest and of himself (I think – I’m not entirely sure what he’s on about, to be honest). There you go kids, take powerful mind-bending drugs for the answers.”
Sam Wollaston, The Guardian

“This is surely the most harrowing killing-off of a detective and detective series yet, made worse still by the creator Henning Mankell’s cancer. The plot was slight, about a village fitting-up of a convicted arsonist released from jail, but it spoke loosely to the greater story.”
Andrew Billen, The Times

“The Swedish television adaptations of Wallander may not be exactly the Henning Mankell books but they are a hundred times more enjoyable than the BBC’s pretty but ponderous Sir Kenneth Branagh adaptations.”
Gerard Gilbert, The Independent

“I continue to find it gruelling to watch as the grand-daddy of Nordic detectives slowly loses is mind as he continues to solve complex cases. Nonetheless I continue to watch this third series not least because the descent of Kurt Wallander (brilliantly prtrayed by Krister Henriksson) into dementia is bravely and compellingly handled.”
Matt Baylis, Daily Express

Backchat with Jack Whitehall and his Dad, BBC3

“It would have been better tightened up and squeezed into a sharper half-hour. But I like the hosts, and the father-son idea is a good one – it adds a new dimension to a tiring genre. Plus it’s funny.”
Sam Wollaston, The Guardian

The Story of a Child Prodigy: I Am Not A Rock Star, BBC4

“Bobby Jo Hart’s film took its most unexpected detours around the damage that a child prodigy can do to the rest of a family. Pushy parents of young geniuses be careful what you wish for.”
Gerard Gilbert, The Independent