TV Critics: I Want My Wife Back; The People v OJ Simpson; Pubs That Built Britain

“This felt more situation than comedy, never quite escalating into knockabout.” 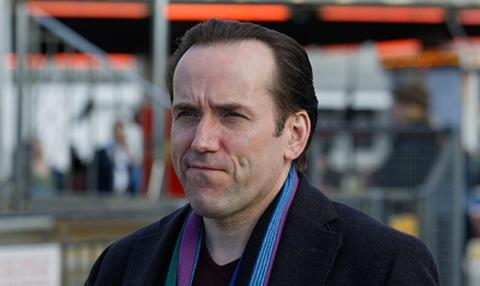 I Want My Wife Back, BBC1

“I Want My Wife Back is a programme that trundles heavily along familiar tracks. One rail is firmly labelled SITUATION, the other COMEDY. The latter label is more loosely attached and flaps increasingly tatteredly in the breeze. Clickety-clack, clickety-clack, on we go until the 30 dispiriting minutes are up and it’s time to disembark.”
Lucy Managan, The Guardian

“I guess with farce you have to go with the flow but for all the humorous mugging put in by a skilled cast, this felt more situation than comedy, never quite escalating into knockabout. Did I laugh? Maybe twice.”
James Jackson, The Times

“Actor Ben Miller has been promoting his new show as a rom-com. He’s half right. There were just about enough smiles and occasional chuckles in the first episode to merit the word ‘comedy’. But there’s nothing romantic about this story of a middle-aged middle manager at a bank who neglects his wife and realises too late that his marriage is up the spout. Ben and his co-star Caroline Catz have invented a whole new genre: unrom-com.”
Christopher Stevens, Daily Mail

“Just beneath the surface were hints of a moving relationship drama, with Miller and Catz depressingly believable as a couple growing apart and unable to stop the drift. But these were obscured by the avalanche of puns and single entendres.”
Ed Power, The Telegraph

“Although this wore the garb of a sitcom (or assorted old sitcoms), is has got more of comedy story feel and consequently looks more promising.”
Matt Baylis, Daily Express

“The People v OJ Simpson started off soapy but became less frothy as time went on. By last night it was a properly solid production that had beautifully and concisely adumbrated the racism, sexism, police corruption and celebrity dazzle, building the mid-90s attitudes and milieu without falling into mindless nostalgia or overplaying its satirical moments.”
Lucy Managan, The Guardian

“It seems to have grown into itself, giving a complete picture of the trial within its sensitive context (finally, I get how the hell OJ was acquitted). Emmys surely beckon for Sarah Paulson as the prosecutor, Marcia Clark, and Courtney B Vance as the defence counsel, Johnnie Cochran.”
James Jackson, The Times

“The final episode of The People v OJ Simpson: American Crime Story was a precision-tooled masterpiece. This was a humane conclusion to a drama that had filtered the OJ trial through the prism of 21st-century social tensions and the celebrity culture the case helped to create.”
Ed Power, The Telegraph

“The lads left their motorbikes at home because the theme of this 15-part series, showing every day at teatime, is to sup a pint in some of the country’s most picturesque boozers, while examining the local history. It’s a smashing idea, and the Bikers have got the right, matey sense of fun to do it justice.”
Christopher Stevens, Daily Mail

“The flaw in the plan became clear in the first instalment… However much the lads might have wanted to stay in the pub, the story pulled them out of it… We were left with ‘Dave and Si do the English Civil War’, a topic which, to be fair, has been done with more thoroughness and insight on the BBC children’s programme Horrible Histories.”
Matt Baylis, Daily Express