“This kind of docusoap about an institution feels very 10 years ago.” Read on for the verdict on last night’s TV. 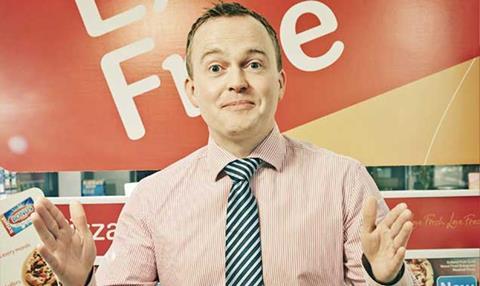 “This kind of docusoap about an institution – with a hint of sarcasm in the actor’s narration (Ashley Jensen here) to ward off accusations that it’s little more than a promotional film – feels very (at least) 10 years ago. The recent call centre one maybe just got away with it because the boss there, Nev Wilshire, was so colourful and appalling. Malcolm Walker simply doesn’t have the personality to carry it. Too grey, like Alastair’s prawns in bacon.”
Sam Wollaston, The Guardian

“Whether you balk at serving up Iceland sausage rolls or not, you could not deny the warmth and cheer that shone up from between the chiller cabinets and neither could you help wishing more firms could be so friendly.”
Matt Baylis, Daily Express

“Iceland Foods: Life in the Freezer Cabinet could have done with being more like the chain’s food – little bites of fun, piled high and sold cheap.”
Alex Hardy, The Times

“The film showed how protest art – admittedly more protest than art, although the multicoloured balaclavas the girls wear are a brilliant visual statement – can have a great effect in some societies. As a record of these events the film – another form of art after all – becomes powerful, itself.”
Serena Davies, The Telegraph