“They seem to be running out of ideas for TV formats.” Read on for the verdict on last night’s TV. 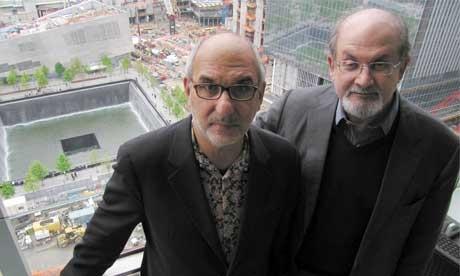 “The Imagine film about Rushdie’s internal exile, hooked to the publication this week of his memoir about the affair, found itself being screened as the violent sensitivity of some Muslims was again making headlines, and again taking lives. But even without that hot following wind – a simoom of unexpected topicality – it would have been worth watching.”
Tom Sutcliffe, The Independent

“A little on the baggy side, it could have done with a trimming that is perhaps only avoided if the film’s presenter and series editor is also the creative director of the broadcaster putting it out. As Alan Yentob is. An hour and 20 minutes is a long book plug.”
Sam Wollaston, The Guardian

“The programme did not, as the lawyers say, repeat the allegations against the Prophet that so upset the Islamically challenged, and that was a pity. It should have had the balls of its subject and have its voiceover artist (David Dimbleby) read from the Verses.”
Andrew Billen, The Times

Antiques to the Rescue, BBC2

“They seem to be running out of ideas for TV formats. The solution: combine established ones, make hybrid television… Antiques to the Rescue is made by adding one part Country House Rescue to one part Antiques Roadshow.”
Sam Wollaston, The Guardian

“Food Hosiptal is You Are What You Eat (complete with poo) mixed with Embarrassing Bodies (complete with Doctor Pixie)… Most interesting is the stuff about beetroot, which, it turns out, is an amazing performance-enhancing wonderdrug that makes six out of eight of these cyclists pedal faster round the track… If only Lance Armstrong had known, he could have remained undisgraced.”
Sam Wollaston, The Guardian