“It posed difficult questions for defenders of cultural boycott about creative freedom, and for flouters like Simon.” Read on for the verdict on last night’s TV. 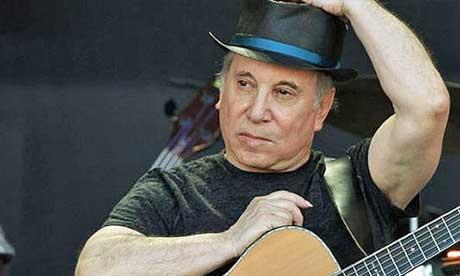 “You were left with the odd conclusion that he’ d (Paul Simon) been wrong to go, they’d been wrong to try and stop him and two wrongs had somehow combined to make something very right. And if you had a dry eye when they all sang “Nkosi Sikelel’ iAfrika” at the end of the Zimbabwe concert on the tour, you probably should get your tear ducts checked out.”
Tom Sutcliffe, The Independent

“This poised documentary posed difficult questions for defenders of cultural boycott about creative freedom, and for flouters like Simon, about political responsibility. Better, it gave the chance to hear unsullied the South African music that thrilled Simon 25 years ago.”
Stuart Jeffries, The Guardian

“It remains superior police drama. Its characters are vivid and the contrast between confident, substantial, ebony, DCI Gates and the self-doubting, puny, pale, Arnott, who is investigating him, has a David and Goliath quality.”
Andrew Billen, The Times

“This too involved belated reconciliation and redress, honouring men who were shamefully disowned immediately after the war because the powers that be were ashamed of what they’d made them do.”
Tom Sutcliffe, The Independent

“It is almost inconceivable to the current cosseted generation what these men went through it is fitting that their stories, the sacrifices they made and their memories of the men who didn’t make it should at long last be aired.”
Virginia Blackburn, The Express

“In this second episode – Ireland, Lost and Leaving – Dooley was continually outdone for eloquence and analytical nous by her young Irish interviewees.”
Stuart Jeffries, The Guardian

“I haven’t seen a celebrity cook so punished since Heston Blumenthal was “invited” to cheer up Little Chef. It is a recipe for some delicious TV.”
Andrew Billen, The Times