“For all those sumptuous settings and despite the impeccable performances, there remains something slightly hollow at its heart.” 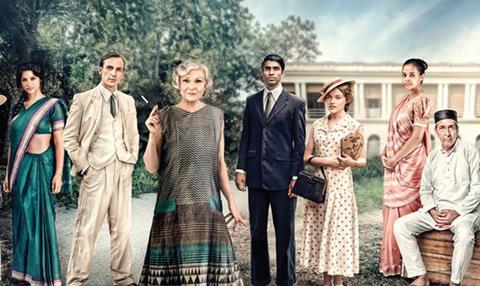 “The return of Paul Rutman’s drama is as welcome as the first day of spring. It is almost ridiculously pleasing to the eye.”
Andrew Billen, The Times

“Like the first series, it’s multistranded, a riot of colour and detail and full of events and complicated characters. Everything Downton Abbey was at its best and in many ways, even better.”
Matt Baylis, Daily Express

“When he’s got his shirt on, Patel makes a plausible clerk inside the Raj bureaucracy, a loyal and silent servant to the ruthless young diplomat Ralph Whelan. What doesn’t make sense is the idea that Ralph, a suburban upstart without a smudge of posh blood, is next in line to be Viceroy of India … Unbelievable it may be, but Indian Summers is not completely unwatchable, thanks to a riotous turn from Julie Walters as the local madam. “
Christopher Stevens, Daily Mail

“Painting individuals into the vast canvas of history is a tricky act for a drama. And no canvas is more vast than the Indian surge towards independence … The stakes being quite so high, the ardent love affairs and hierarchical wrangles seemed petty and footling.”
Jasper Rees, The Telegraph

“For all those sumptuous settings and despite the impeccable performances, there remains something slightly hollow at its heart … Indian Summers talks a good game but then fails to truly commit. It’s certainly a stylish story but too often the substance is left behind.”
Sarah Hughes, The Independent

“The script has been short on sizzle, since writer Julian Fellowes prefers to state the obvious whenever possible … But Fellowes’ knack for 40-second scenes, which made Downton Abbey so addictive, served him well as he boiled down a hefty Victorian novel into three episodes.
Christopher Stevens, Daily Mail

“This imbalance was a persistent problem that made enjoying Doctor Thorne a curiously roller-coaster affair … The same care and attention was not accorded all the characters, some of whom barely made it into two dimensions, let alone three, in what should have been an ensemble effort.”
Gerard O’Donovan, The Telegraph

“Houdini & Doyle’s London is too freshly scrubbed and the characters confer in dialogue that never truly commits to the period. While the shtick about faith and doubt has merit, The X-Files did it better and with more confidence.”
Julia Raeside, The Guardian

“It was not quite clear who this hokum is for beyond people fond of storing their brain in a jar …  Mostly the whole hectic concoction was dished up with lashings of perfunctory irony, from which larks the principals occasionally took a breather to shout at each other as if it remotely mattered.”
Jasper Rees, The Telegraph

“The finale delivered all the answers the plot demanded; a chase around the fish factory and, in a disappointing resort to TV cliché, a child being held hostage by the perp.”
Andrew Billen, The Times

You’re Back in the Room, ITV

“These camera-friendly everymen and women make it look as if they’ve been on television for years and that’s even before they apparently go ‘under’ and perform humiliating tasks to win money. I didn’t believe it and I didn’t enjoy their apparently complicit shame, either. Why resort to tawdry parlour trickery and credit the Saturday-night audience with so little intelligence?”
Julia Raeside, The Guardian