“A work of subtlety, intelligence and some beauty.” 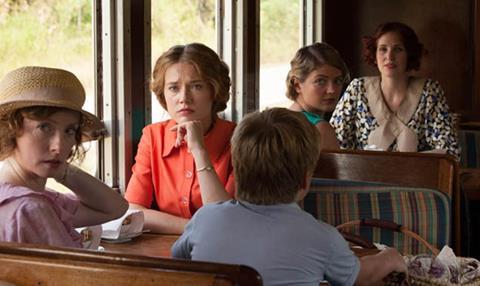 “Indian Summers is a fully immersive experience that plunges its audience headlong into 1930s Simla in British-ruled India. Creator Paul Rutman has done his homework – years of it – and it shows.”
Neela Debnath, The Independent

“Its palette of hot pinks, electric blues and saffron yellows, its symphony of saris, not to mention the fact that every shot is powerfully lit by that strange orangey object we haven’t seen in these parts for months, turn this Englishman’s thoughts to neo-imperial conquest.”
Stuart Jeffries, The Guardian

“While there’s no evidence yet that Indian Summers has the power to match its screen antecedents (it’s a little too leisurely, and not convincing enough in key scenes like the closing assassination attempt) the scale of the series could well repay signing up for the long term.”
Gerard O’Donovan, The Telegraph

“This episode wasn’t shallow — it was something worse. It was fake. It took a collection of modern-day characters and whisked them back 80 years, dressed them in suits and silks, and let them behave as if they were in Lefty-liberal Hampstead.”
Christopher Stevens, Daily Mail

“A work of subtlety, intelligence and some beauty. It was a crowded first episode but neither as hard to get into as Fortitude nor as insulting easy as The Casual Vacancy.”
Andrew Billen, The Times

“The Casual Vacancy does better than either Broadchurch or Fortitude at wrangling a large ensemble into a coherent story. The structure was already there in Rowling’s book, but director Jonny Campbell deserves credit for scenes that cleverly established character with a wordless economy.”
Ellen E Jones, The Independent

“The performances are uniformly good, the direction is inventive, and there’s an undeniable topicality and panache to this adaptation that convinces you that just around the corner something will pull it all together and make it succeed.”
Gerard O’Donovan, The Telegraph

“The state-of-the-nation piece is hard to pull off. The Casual Vacancy suggests however that it will not even manage a portrait of the state of the Cotswolds — unless, that is, its fatlands really are populated by single-motive automatons programmed to speak only in class cliché.”
Andrew Billen, The Times

“Truly, in Rowling’s vision of England today, it’s hard not to envy the dead. No wonder she lives in Edinburgh. The Casual Vacancy is part Shameless in Dibleyshire and part mashup of The Archers and Benefits Street.”
Stuart Jeffries, The Guardian

“This was an exhausting parade of local ‘characters’, each helplessly in love with their own little turn. It was passable zoo TV – but what was the point?”
Tim Martin, The Telegraph

“The extremes of London life are clustered around Grosvenor Square, and this documentary was content to potter round, like a tourist with a cine camera, glancing into arcades and down alleyways.”
Christopher Stevens, Daily Mail