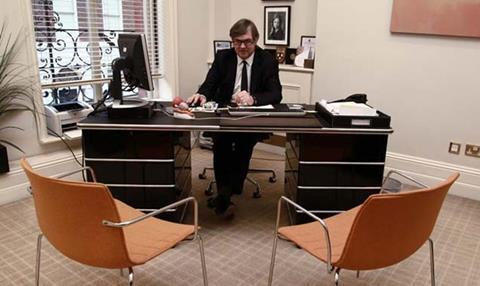 “I find director Vanessa Engle’s tone strange, headmistressey and accusatory. Is she anti-private health? Anti-concentrations of great wealth? Anti-vanity, anti-the desperate denial of human mortality? All those are fine positions, but I think one ought to articulate them, rather than just wander about sounding cross.”
Zoe Williams, The Guardian

“Director Vanessa Engle seemed disgusted that any doctor could stoop to making money in the expensive clinics of Marylebone’s medical district, when he could be giving away his services for nothing. Isn’t it funny how socialists always want other people to wear sackcloth and ashes?”
Christopher Stevens, Daily Mail

“Vanessa Engle’s splendid film probed and prodded a world that often seemed more about reputation than results. It was rather nice to watch consultants squirm when Engle asked them just how much money they earned.”
Matt Baylis, Daily Express

“There were no truly gruesome death scenes, an uneventful funeral in place of the usual wedding-massacre and only a modest quota of bare boobies. Instead, the episode functioned mainly as a catch-up, reminding us of where all the characters have landed on the Seven Kingdoms map.”
Ellen E Jones, The Independent

“The first episode was dogged by first-episoditis: broadly, all the characters have to be planted to detonate late. But this is quibbling, and not even that, more a sort of howl of frustration that I can’t watch all the episodes, with all the characters, all on the screen at the same time, and find out what happens to everyone immediately.”
Zoe Williams, The Guardian

“This wasn’t the most dramatic episode so far, but the acting and writing were sharper than ever. And with a toe dipped into almost every ongoing thread of storyline, the stage was set for even more power play, betrayal and brutal shufflings off this mortal coil.”
Charlotte Runcie, The Telegraph

“Given such global hype and the bombastic way in which the last season ended this opening episode was something of a slow-burner.”
Alex Hardy, The Times

“Far Right and Proud looked at the rise of Russian nationalism from a position of no more fervour than that it would be better if people were nice to each other. Perhaps it started as a position of ‘impartiality’ but it often sounded like deliberate ignorance.”
Zoe Williams, The Guardian

“I wouldn’t say Far Right and Proud was full of surprises. The truly shocking thing, really, was Reggie Yates’s wilingness to go and investigate it: a young British black man, softly spoken, wry-humoured, venturing where few of us would go without a tank.”
Matt Baylis, Daily Express

“While there’s undoubtedly something exploitative in the way in which Skint makes deprivation a form of entertainment, there is also a strong argument that TV shouldn’t turn a blind eye to poverty in Britain. In its portrayal of people trying to get on with their lives while making the best of a tough lot, Skint, very occasionally, offered some thought-provoking moments.”
Gerard O’Donovan, The Telegraph

“Skint claims to be a study of Britain’s poorest communities, but most of the time it’s a tawdry excuse for a freak show. Skint doesn’t expect us to feel sympathy for these people. It expects us to laugh at them.”
Christopher Stevens, Daily Mail