TV Critics: Inside No. 9; Royal Cousins at War

“It’s testimony to the top-notch acting and the perfectly-pitched dialogue that the 30-minute episode kept you interested right to the end.” Read on for the verdict on last night’s TV. 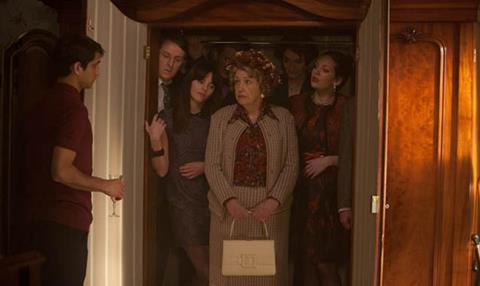 “It’s testimony to the top-notch acting and the perfectly-pitched dialogue that the 30-minute episode kept you interested right to the end (and a sinister twist), despite there being no other location outside of the one room and the closet. It’s just a shame, after spending half an hour so up-close-and-personal with them, that we won’t see any of the characters again.”
Paul Kendall, The Telegraph

“Sardines was a disciplined comedy, but a little bit of discipline, as one of the League’s perverts might say, never did anyone any harm. Save for the Tales of the Unexpected Twist, I loved it.”
Andrew Billen, The Times

“Part of the genius of the League’s work has been the weaving together of the morbid with the laugh-out loud. Themes here included adultery, incest, paedophilia and murder. Which is going some in 28 minutes. But, as ever, all of that is undercut with chuckles.”
Ellen E Jones, The Independent

“Royal Cousins at War was a riveting analysis of the relationship between Kaiser Bill, Tsar Nicholas II of Russia and our own King George V, and the disastrous effect their rivalry had on Wilhelm’s fragile ego and skew-whiff brain. This absorbing documentary convinced me that things may have been different if Wilhelm had been born into a less dysfunctional family.”
Paul Kendall, The Telegraph

“Royal Cousins At War was chock-a-block with extraordinary photographs, pristine snippets of restored film, astounding excerpts from private letters and fascinating details that threw Europe’s political make-up into a different focus. And it helped to explain why Germany was so hellbent on dragging the continent to damnation in 1914.”
Christopher Stevens, Daily Mail

“A thought-provoking look at how one large, over-privileged family made the slaughter of millions inevitable. I’m not a slave to the theories of Sigmund Freud but after viewing this offering, I’m fairly convinced that Kaiser Wilhelm II’s mother had a lot to answer for.”
Matt Baylis, Daily Express

“The first part of the Royal Cousins at War explained the origins of the First World War as, roughly, ‘The World at War: Sigmund Freud Edition’. As much as the build-up to the First World War is about as complex as history gets, boiling it down to mummy issues seems as good as any other explanation.”
Ellen E Jones, The Independent