“Inside Obama’s White House rattled along like a thriller.” 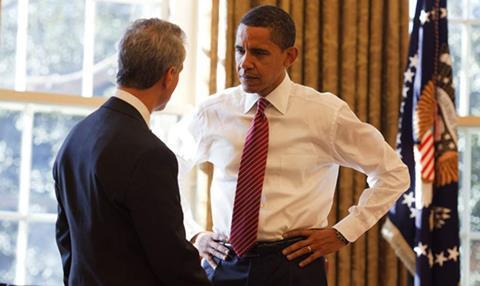 “Inside Obama’s White House rattled along like a thriller… As told through interviews with political heavyweights such as Obama’s chief strategist, David Axelrod, and House of Representatives speaker, Nancy Pelosi, it was gripping from the start.”
Daisy Wyatt, The Independent

“Access is undeniably excellent. And it’s absolutely fascinating, of course. But, I wanted a little more. I wanted to feel more like I was there, eavesdropping, in the oval office and in corridors, on that train and Air Force One.”
Sam Wollaston, The Guardian

“Like so much else about the presidency of America’s first black commander-in-chief, Inside Obama’s White House was a sad disappointment. For all its promises, the first half was dull fare and the second just seemed to fizzle out.”
Christopher Stevens, Daily Mail

“After watching the first episode of Inside Obama’s White House, another first-class contemporary history lesson from Brook Lapping, it says something about the man that he ran even for a second term.”
Andrew Billen, The Times

“This brilliantly drawn, morally complex creation – hard-edged but soft-hearted, Juliet Bravo with a potty mouth and a chip on her shoulder – is undoubtedly one of the best characters on TV.  This was an emotionally satisfying and utterly compelling climax – beautifully but unshowily scripted, acted and directed.”
Michael Hogan, The Telegraph

“The drama speaks right to the heart of what it means to be British. The characters muddle on through despite their lot, with the knowledge that a cup of tea can cure a thousand woes. Thank you, Sally Wainwright, for this excellent second series.”
Daisy Wyatt, The Independent

“The episode overall was terrifically assured, a rare case of a finale proving to be no letdown, and much better than the hostage pay-off that ended season one. Sally Wainwright’s writing takes it out of you though, doesn’t it?”
Andrew Billen, The Times

“The encounters are so scripted that they could record their conclusions before the date has even begun. It’s all completely superficial. The couples turn up, pour out their secrets and leave. We don’t remember them for any longer than a waitress remembers a one-off customer.”
Christopher Stevens, Daily Mail