“I know that sci-fi is meant to be baffling, but this one baffled far too often.” 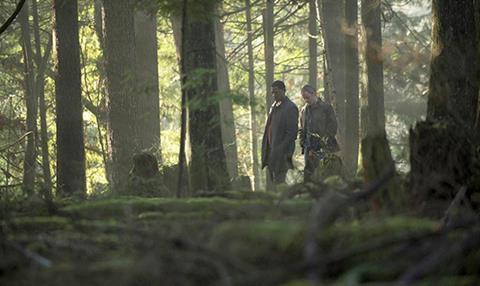 “I‘ve no doubt it’s all super-scary and full of twists but the things Simm excels at, such as playing watchable, likeable, credible people, are sadly absent.”
Matt Baylis, Daily Express

“I did watch episode two, and while I wouldn’t say I was on top of things or had any answers, I began to understand what questions I should be asking. You might easily not have gone this far, though. You could decide that life’s simply too short.”
Sam Wollaston, The Guardian

“This thriller-chiller was designed by a committee that really should have got out a bit more. A cup of The X-Files. A teaspoon of Torchwood. Two ounces of Men in Black, chopped. And a pinch of Stephen King.”
Micheal Pilgrim, The Telegraph

“I know that sci-fi is meant to be baffling, but this one baffled far too often. A UK-US co-production by BBC America, and set in America, one of its stars, Mira Sorvino, has praised Intruders for its ‘subtleties’. I didn’t feel them, as one layer clunkily followed the next.”
Alex Hardy, The Times

“Confusion reigned over on BBC2 in the utterly baffling new paranormal thriller Intruders. Personally, I’m not sure these under-written characters are engaging enough to justify sitting through another seven episodes of overcast skies and inscrutable dialogue.”
Ellen E Jones, The Independent

“Regular encounters with this colourful and unashamedly treacherous bunch keep the entertainment levels high and, more often than not, the pace at breakneck speed.”
Gerard O’Donovan, The Telegraph

“This programme was wholly fascinating and its argument, even if it wasn’t proven, entirely possible.”
Matt Baylis, Daily Express