“The absence of evidence only matters to those for whom evidence is a sort of god.” Read on for the full verdict on last night’s TV. 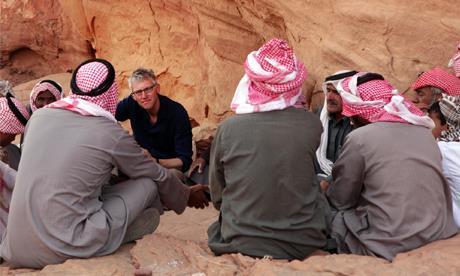 “I’m all for cultural and religious sensitivity, but the degree to which Holland tiptoed around the subject and apologised for his findings went way beyond what was required.”
John Crace, The Guardian

“As a historian, Holland was troubled by a gap in the record, and by inconsistencies between the scriptural account and hard evidence on the ground. But the absence of evidence only matters to those for whom evidence is a sort of god. Those who have a God already, capitalised and unquestionable, don’t really care either way.”
Tom Sutcliffe, The Independent

“I am always grateful for Jimmy McGovern. Not just because he is such a brilliant screenwriter, but also because he is a constant reminder that there is someone around whose mind is more unpleasant and twisted than my own… Mind you, I could have done without the Roald Dahl tacked-on ending.”
John Crace, The Guardian

“Stephen thinks that his father’s new girlfriend, a terminal-care nurse, is a manipulative bitch who’s out to poison him. Stephen’s father – and the Crown Prosecution Service – think Stephen is mad, a diagnosis reinforced when he stabs Sheridan Smith’s interloper. We think both.”
Tom Sutcliffe, The Independent

“The story so strongly showed how minds and love work, even when they’ve gone seriously squiffy. And that strength was magnified by an excellent cast, including John Bishop, Sheridan Smith and Robert Sheehan. The series will be missed when it ends next week.”
Alex Hardy, The Times

“A refuge for geeks-who-care. This is a place where it’s safe to admit that your idea of multitasking is knitting, while thinking up new things to bake. That’s cool twice-removed.”
Alex Hardy, The Times