“As far as BBC crimey-solvey serials go, JC knocks the Belstaff jacket off of Sherlock.” 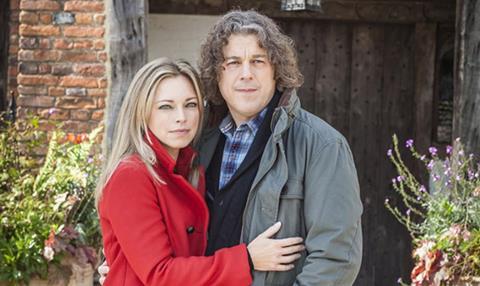 “It’s been a decade since Creek was a regular fixture on our TV screens and the series hasn’t aged terribly well. This was a diverting but ultimately disappointing hour, full of faintly irritating characters, clumsy exposition and hammy acting.”
Michael Hogan, The Telegraph

“I’ve slowly concluded that as far as BBC crimey-solvey serials go, JC knocks the Belstaff jacket off of Sherlock. Having Creek back for three episodes is treat enough to eschew my usual Friday evening drinking Blobs down Yates’s Wine Lodge. For a few weeks, at least.”
Will Dean, The Independent

“I am still trying to accep that Creek has married into the wealth, beauty and conformism that is Polly. Polly had better develop some quirks soon or creator David Renwick needs to write The Divorce of Jonathon Creek.”
Andrew Billen, The Times

“If you’re one of those guilt-applauding Independent-reading liberals that Stewart Lee appeals to, you’ll already know and admire the semi-masochistic pleasure of his abrasive style. This comedy about comedy would be unforgivably self-indulgent if Lee wasn’t just as incisive on every other facet of modern life as he is on his own comedic genius.”
Ellen E Jones, The Independent

“You can imagine falling asleep and having a sequence run through your head, in which a man in a suit got up on stage but instead of telling jokes, he made you feel silly for expecting jokes. An hour in Stewart Lee’s company is like an hour with an old testament prophet.”
Matt Baylis, Daily Express

“I am not sure I have seen Lee on better form than this stand-up routine in which he affected dismay at the internet’s deleterious effects on the creativity of young people. My only query is the way the show is still puntuated with therapy sessions – but then Stewart Lee would not be Stewart Lee if there weren’t at least one section one so didn’t get.”
Andrew Billen, The Times

“Hugh works hard, with his rallies and marches and suit-bothering. But the campaign is mainly about signatures and emails, not the easiest things to turn into television.”
Sam Wollaston, The Guardian

“If HF-W has made even a small difference, then he can rightfully be proud. It’s impressive, and valuable, and well done Hugh for doing it. But despite the top line of ‘look what great work we’ve done’, the programme is saddening. The reality is that, worldwide, the oceans are in a terrible state.”
Tom Chivers, The Telegraph