“Junior Bake Off is vivid proof that most telly producers have no idea what viewers of any age group want.” Read on for the verdict on last night’s TV. 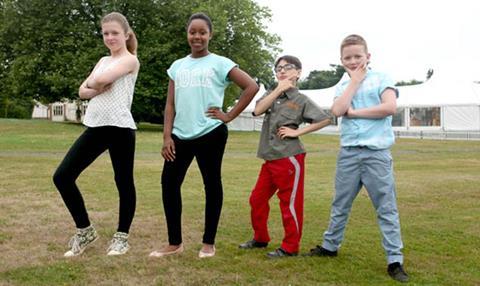 “Junior Bake Off is vivid proof that most telly producers have no idea what viewers of any age group want and even less idea of what makes a concept work… The kind of children who enjoy cooking and family TV aren’t likely to be the ones who listen to Eminem and talk in fake Jamaican patois.”
Christopher Stevens, Daily Mail

“With its many references to drug taking, drinking and sex Fresh Meat to some will be, well, strong meat. You always get the feeling, though, that the characters are pretending to be more cynical and raucous than they actually are – and the camaraderie between them can be touching.”
Sameer Rahim, The Telegraph

“This series hasn’t caught fire yet. Some of it is sailing dangerously close to dramedy, especially the love triangle between JP, the mega-geeky Howard and the wisecracking girl they both fancy. There’s always one killer line per week though.”
Ed Potton The Times

“The great pleasure of Ripper Street is the way it deploys its period hokiness to draw parallels between the corruptions and hypocrisies of yesteryear and our own. It’s like an episode of Kojak performed in fancy dress.”
Tim Dowling, The Guardian

“I find it impossible to bond with any character played by Matthew Macfadyen… As Inspector Reid, one of London’s first police detectives, he’s meant to be full of decency and integrity while also masking a private sorrow. Unfortunately, that all too often comes across as anger with a side serving of misery.”
Matt Baylis, Daily Express

“This was a neatly constructed story, where each event forced the next without becoming predictable. All five episodes of Moving On are already available on iPlayer, a tactic that BBC programmers are using more and more. It  might be a cleverer idea, though, if they started commissioning smart, engaging dramas for the evening schedules.”
Christopher Stevens, Daily Mail

“This episode wasn’t perfect. The acting was sub-Bill and the soundtrack was decidedly eccentric… The drama was well sustained, though, the writing solid and unaffected and the story certainly spoke to its core audience.”
Ed Potton, The Times

“I had been looking forward to a tear-jerking hour in front of The Choir: Sing While You Work, a series that tries to repeat the military wives trick with workplaces across the country. Unfortunately, it was drawn out and manipulative – a knock-off version of a great original.”
Sameer Rahim, The Telegraph