“There’s something a bit murder-porn about it all.” 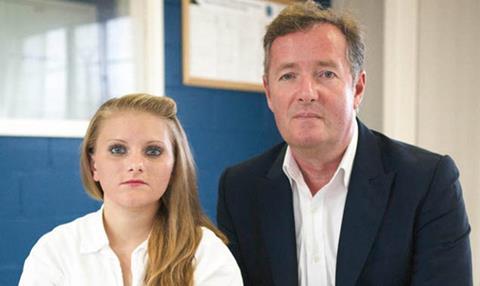 “There’s something a bit murder-porn about it all. There are no great revelations, or insights into violence and gender, no special reason for it at all, except that Erin is a KILLER WOMAN and she’s with PIERS MORGAN.”
Sam Wollaston, The Guardian

“Morgan’s psychological insights were largely limited to his experience. The girl’s motives remained unfathomable. What was left was Erin, the freak show.”
Andrew Billen, The Times

“Morgan is a persistent but lenient interviewer, far more used to nudging answers from reluctant celebs, than confronting hardened psychopaths. Erin Caffey told him nothing: she emerged from the encounter as the winner, because she got attention for her evil.”
Christopher Stevens, Daily Mail

“Killer Women With Piers Morgan visited turf very recently covered on the same channel by Sir Trevor McDonald. If Piers later crops up meeting the Mafia or exposing the underbelly of Las Vegas, we’ll know where he gets his ideas from.”
Matt Baylis, Daily Express

“As intended, we learnt nothing of Shakespeare, but as a satire on documentaries in which celebrities claim spurious affinity with a subject, it was valuable, trope by trope. I particularly appreciated that Lucy Worsley moment when Cunk suddenly appeared togged up as Elizabeth I.”
Andrew Billen, The Times

“It takes intelligence to act this stupid. The script was stuffed with malapropisms and witty wordplay. Cunk’s implacable idiocy was thrillingly iconoclastic. Mainly, though, it was very silly and gloriously funny.”
Michael Hogan, The Telegraph

“It’s very funny. I also like that it’s not so squirmingly Ali G-mean on the serious Shakespeare contributors. I think they’re having a good time too. Brilliant.”
Sam Wollaston, The Guardian

“The footage was rushed, packed with filler shots of Jeeps bouncing over grassland, and archive film that looked as if it had been lifted from YouTube. If licence-payers’ money is going to send a presenter and two camera crews to Kenya, to record one of the most endangered animals on earth doing things never seen on TV before, there’s an obligation to do it properly. Instead, we got a half-finished rush job.
Christopher Stevens, Daily Mail