“This is a preposterous programme.” 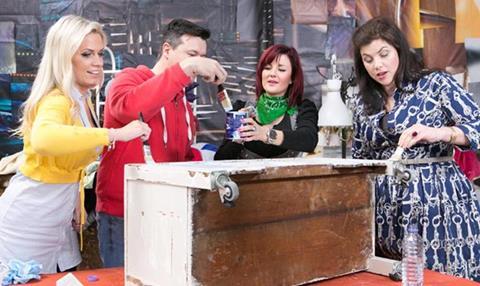 “This is a preposterous programme. Back for a second run, it proves only the advisability of having a team of craftsmen at your beck and call.”
Andrew Billen, The Times

“It’s wonderful to watch Allsopp’s creative team at work but unless you own an angle grinder and a pillar drill (and, I suspect, the contents of a light engineering workshop), your results are going to look so unlike theirs that you’ll be off to Ikea with your credit card by the end of the day.”
Matt Baylis, Daily Express

“The genius of this programme is that it capitalises on our current fetish for parsimony, while recycling the domestic makeover format from the last millennium, namely Changing Rooms and Ground Force, in which an earlier generation of style fascists foisted their risible interior design tastes on purportedly clueless Brits.”
Stuart Jeffries, The Guardian

“Sam Mendes and John Logan cherry-picked from Dracula, Dorian Gray, Frankenstein, steampunk aesthetics, vampire and werewolf genre pulp to create an eight-part drama that felt less than the sum of its freecycled parts, but funnier.”
Stuart Jeffries, The Guardian

“When Penny Dreadful began eight weeks ago, it wasn’t obvious it would make good on the promise of its cast, but this satisfying finale rewarded loyal viewers. Series two should be even better.”
Ellen E Jones, The Independent

“Much as I loved, in its totality, Howard Jacobson’s hymn to the Australian intellectuals Robert Hughes, Germaine Greer, Barry Humphries and Clive James, the second half of Rebels of Oz was faintly depressing. Even Jacobson could not mask the quartet’s absorption into the British mainstream, or as it used to be called, Parkinson.”
Andrew Billen, The Times

“If Jacobson’s whole documentary project had been just an excuse to engage lively minds in interesting conversation, you could hardly blame him. These guys were surprising right up to the end.”
Ellen E Jones, The Independent