“It still works as a damn good love story, moving and sad and captivatingly performed.” 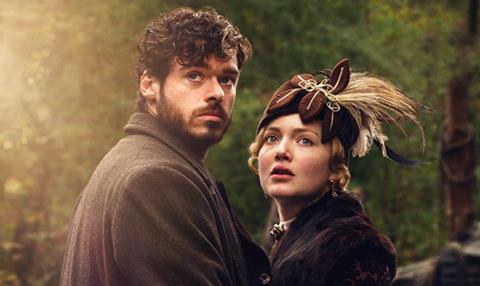 “Mercurio has added bits here, borrowed there, taken plenty away. No doubt people will be cross. They shouldn’t be. It still works as a damn good love story, moving and sad and captivatingly performed.”
Sam Wollaston, The Guardian

“This story of love – and lust  – across the class divide lost nothing for losing the profanities. Cleverly cast with the charismatic James Norton in the role of Sir Cliff, this version left the viewer struggling to choose with whom to sympathise. And Lady C – played in excellent haughty fashion by Holliday Grainger – was deliciously dislikeable.”
Amy Burns, The Independent

“As with all of Mercurio’s work, it was watchable partly because of the humour. It was just that you were never sure if the jokes were intentional. Mercurio made some questionable decisions and some understandable ones. Among the understandable was his translation of a novel of sexual ideas into a romance.”
Andrew Billen, The Times

“The adaptation did make all the right bullet points about class. But mostly the novel seemed to have been locked in the cellar, only for rare stabs of authentic Lawrence to show up and embarrass the mostly invented dialogue. To find out what really happens, do read the book.”
Jasper Rees, The Telegraph

“Lawrence’s novel was prosecuted under the Obscene Publications Act. Mercurio’s screen version could have been done under the Trade Descriptions Act. Without the sex or the bad language, and with so much emphasis on class, what we ended up with was a third-rate version of Pride And Prejudice.”
Christopher Stevens, Daily Mail

“This version of the tale offered brilliant acting and joined-up writing. This was a story about big, dark, muddy, bloody stuff. I loved it.”
Matt Baylis, Daily Express

“The format is as reliable as a Reliant Robin. Trawl the archive for evidence of jaw-dropping political incorrectness and show the clips to young comedians who, on cue, stick their eyes out on stalks and snort with derision. A couple of celebs who were there at the time cough and apologise half-heartedly. It’s GoggleBox taking night classes in sociology.”
Jasper Rees, The Telegraph

The Trials Of Jimmy Rose, ITV

“The Trials Of Jimmy Rose turned out to be a miserable disappointment. With Ray Winstone and Amanda Redman leading the cast, it promised to be action-packed, emotional drama. Instead, it consists of short, frantic bursts strung together with long, boring stretches of nothing.”
Christopher Stevens, Daily Mail