TV Critics: Last Tango In Halifax; The Sound of Musicals

“We need more dramas as quietly bewitching as this.” Read on for the verdict on last night’s TV. 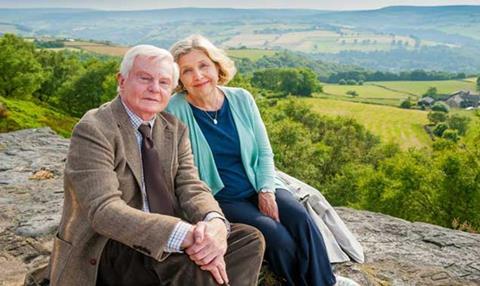 “While the drama is unapologetically domestic, it’s also never less than compelling. The script is elevated above the likes Last of the Summer Wine by a surrounding family dynamic that’s every bit as dark and bitter as the central romance is light and sweet.”
Ellen E Jones, The Independent

“It’s a relatively slight drama, in terms of plot at least, despite the soapy-sounding affairs that bind it together. Not a great deal happens…  If it were half an hour long and broadcast three times a week, it could be Emmerdale. Except it isn’t. Much of Last Tango is built on conversation…the slow pace stands out. These characters talk, for ages. Close your eyes and it could easily work as a radio play…  It simply is what it is: a very British, very northern hour of television… We need more dramas as quietly bewitching as this.”
Rebecca Nicholson, The Guardian

“I am by no means saying [it] is as dull as an eight hour knitathon but as the long-awaited second season began I noticed a certain unhurried gentleness to the way the story was being told…You could have misread this and said that very little actually happened but actually a great deal of stuff that was about people and emotions and relationships, stuff that gave us a chance to believe in the characters and like them before we see them plunge headlong into another crisis. If that’s slow then I’m sold on it.”
Matt Baylis, Daily Express

“Along with Death in Paradise and New Tricks, [it’s] one of that small pack of serials made for those who watch most television – the old and easily pleased…This episode took a lot of time taking stock. Who was making the sauce?”
Andrew Billen, The Times

The Sound of Musicals, C4

“[It] featured too much of the grinding gears and the sweaty rehearsals and not enough of the exuberance that makes West End musicals so popular. If there’s really no business like show business, why is The Sound of Musicals such a drag to watch?”
Ellen E Jones, The Independent