“It’s both extraordinarily brilliant and also a tiny bit frustrating.” 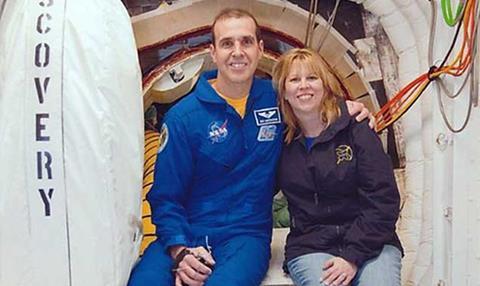 “This hour-long documentary often resembled last year’s Oscar-winning thriller Gravity: the astronauts swimming through the air inside their quarters, the ISS glittering like a mechanoid spider as it flashed over the continents. But it was the mundane details, not the mind-blowing marvels, that were the most memorable.”
Christopher Stevens, Daily Mail

“The questioning under caution of Deputy Chief Constable Dryden by the anti-corruption officers Arnott and Fleming was outstanding television.”
Andrew Billen, The Times

“Given the itchiness of much modern TV drama, few series would have the nerve to give so much time (almost a third of the episode) to a single, intense event. But writer Jed Mercurio is a master of the thrust and counterthrust of these interviews and this was a tour de force.”
Terry Ramsey, The Telegraph

“Law & Order UK has difficulty maintaining dialogue for 17 seconds. Happily this is barely required since the show presses its foot on the accelerator even harder than Line of Duty’s Denton did. The best thing about Law & Order is its speed-pacing but Line of Duty makes me question even that virtue.”
Andrew Billen, The Times

“The story opened with a bit of drama, a car chase through central London that ended with a high-speed crash. But the real appeal of the show is its sense that policing is a job like any other.”
Christopher Stevens, Daily Mail

“The addictive Law & Order: UK returned with an excellent tale crafted by former EastEnders writer Nicholas Hicks-Beach. For once a very bad man got what was coming. A1 stuff.”
Matt Baylis, Daily Express

The Miners’ Strike and Me, ITV

“This was oral history on the small screen. People telling the stories they tell to their children and grandchildren, and to each other in clubs and pubs. So, of course, it wasn’t perfectly balanced. But as a living, breathing, reminder of the passions, the hurt and the damage caused by the strike, it was vivid.”
Terry Ramsey, The Telegraph