TV Critics: Legacy; Getting Rich in the Recession; What Happens in Kavos; Him & Her

“One half creaky reds-under-the-bed spy yarn and one part something rather more interesting.” Read on for the verdict on last night’s TV. 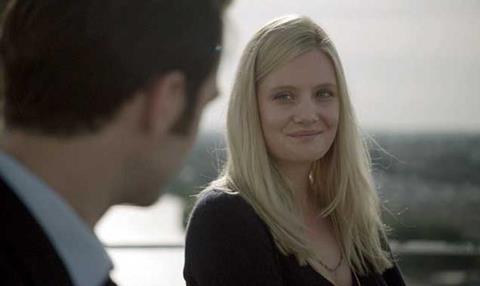 “Legacy does look starkly beautiful, and has some fine performances. And it’s a good story. But when something is so unpacy, I want actually to be plunged headfirst into the cold war myself.”
Sam Wollaston, The Guardian

“Legacy was one half creaky reds-under-the-bed spy yarn and one part something rather more interesting. Unfortunately, in a game of halves, it was the potboiler element that dominated.”
Gerard Gilbert, The Independent

“It was a beautifully shot, highly atmospheric piece that captured the paranoia prevalent in the security service at the time… But for all its atmospherics, I found myself too often at one remove from the action, wishing the characters had been better drawn.”
Gerard O’Donovan, The Telegraph

“I really tried to like this one-off Cold War spy drama by Paula Milne out of Alan Judd’s novel. The most I can say is I did not dislike it… Milne’s dialogue hammed home the salient themes but the problem was as much with Judd’s plot. It was a silly as Spooks.”
Andrew Billen, The Times

“This one-off drama, based on Alan Judd’s novel, was all-rightish, but hardly memorable. Stuttering flashbacks that jumped a few minutes back and forth were intended to create a sense of fragmentation, like a shattered mirror, but they just left you thinking there had been an accident in the editing room.”
Christopher Stevens, Daily Mail

“As a set-up for a story the details were pretty much perfect and throw in a glamorous lady of the night, a scene-stealing turn by Simon Russell Beale and a superb recreation of the 1970s… and this was a drama of which the BBC can be proud.”
Virginia Blackburn, Daily Express

Getting Rich in the Recession: Scrappers, Channel 4

“I was half expecting an exposé. But if Lucy Wilcox’s gently entertaining portrait of life at one scrap metal yard in Sydenham, south London, is to be believed, this is a world that has cleaned up its act spectacularly since the culture of no-questions-asked, cash-in-hand transactions was killed off by recent legislation.”
Gerard O’Donovan, The Telegraph

“The police can be disturbingly cynical when ex-armed robbers start flaunting a diamond-studded timepiece. And the taxman is often an alarming stickler for paperwork when people in luxury cars go around bragging about their six-figure incomes. The film-makers didn’t ask too many questions. That’s probably understandable, but it doesn’t make for illuminating TV.”
Christopher Stevens, Daily Mail

“Getting Rich in the Recession is a two-part series that already seems a little out of time in allegedly booming Britain, but Lucy Wilcox’s film Scrappers did make you think anew about the scrapyard trade.”
Andrew Billen, The Times

What Happens in Kavos, Channel 4

“It’s one of those of those charming look-what-happens-when-young-Brits-go-on-holiday shows, to make you swell with pride and patriotism… Jesus, I can’t actually watch it, it’s DISGUSTING.”
Sam Wollaston, The Guardian

“Him & Her is by the far the best sitcom to have ever landed up on BBC3, and surely the only one with roots in Harold Pinter.…Kerry Howard’s performance as invincibly monstrous Laura is surely heading for a comedy award.”
Gerard Gilbert, The Independent