“It is first-class curl-under-the-blanket comfort viewing, and will be sorely missed.” 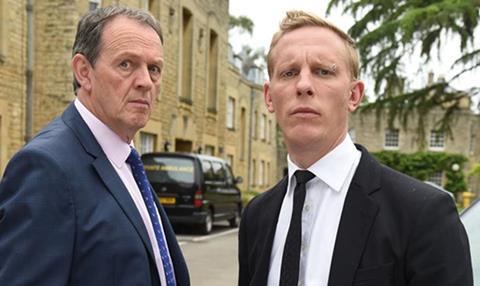 “At the height of the drama’s popularity eight years ago, Lewis attracted eight million viewers, but that number has halved during its final ninth series. Even actor Kevin Whately, who has played the detective on and off for 30 years, recently claimed Lewis ‘has gone on long enough’. But Lewis has held a special place in the nation’s heart for almost a decade for good reason. It will be remembered as an unthreatening, quintessentially British series, stunningly filmed and featuring beautiful music from Morse composer Barrington Pheloung. It is first-class curl-under-the-blanket comfort viewing, and will be sorely missed.”
Daisy Wyatt, The Independent

“The sliver of hope to be retried from last night’s ‘final’ Lewis is that no one has died, no one has been sacked. James’s final words to Robert, after an airport farewell of strictly suppressed emotion, implied that he still had to ‘get there’ as a policeman and as a man. The director, David Drury, who last night turned even a bomb explosion into visual poetry, filmed Hathaway’s walk away from Heathrow with such romance that it suggested that this was a solo journey we needed to follow. ‘Imagine spending your whole life working on how to untangle knots,’ said Hathaway. ‘Imagine,’ replied Lewis.
Andrew Billen, The Times

“Imagine, examining the success of the stage version of Mark Haddon’s The Curious Incident of the Dog in the Night-Time, decided it would be a good idea to pretend the documentary had been made by someone with autism. We certainly learnt about autism from the film, not least that several young men on the spectrum recognised themselves in the play. Autism is not, however, a subject underexamined by TV and Adam Low’s approach, to punctuate his film with faux-naïf captions, patronised the condition in a way the book did not.”
Andrew Billen, The Times

Loch Lomond: A Year in the Wild, C5

“This documentary series represents an unusual offering for Channel 5: gentle, contemplative, beautifully shot and soothingly narrated by John Hannah. It occupies a slot that last week was home to a programme called Pets Who Hate Vets. There are no cops in it, or people having their stuff repossessed. It contains no one who is claiming benefits for their 26 kids, although it did feature a swarm of ants strolling into an osprey’s nest and making off with a bunch of discarded fish scales, and anything else that wasn’t nailed down. Feckless bastards.”
Tim Dowling, The Guardian

The Great Pottery Throw Down, BBC2

“I can imagine GPTD leading to an upsurge in people taking up pottery as a hobby but, to me, the whole point of these shows is the chance to experience joy, satisfaction, frustration and heartbreak secondhand, without having to put an apron on. Imagine spending a week creating an artisanal washbasin and then realising your plughole is too small – which is what happened to Joanna. It’s not just a simple matter of measurement, because the clay shrinks in the kiln. Would that make the hole bigger or smaller? I don’t even want to have to think about it.”
Tim Dowling, The Guardian

“In this week’s instalment of the ever marvellous Catastrophe, Rob and Sharon were trying to reboot their sex life by ditching the kids for weekend in Paris. But it’s Chris who was facing the biggest challenge: estranged from his wife, Fran – who has apparently started seeing someone else – Chris was thinking about striking out on his own in search of love. ‘Sometimes I find myself thinking that I’d like to have sexual intercourse with women who have penises,’ he said. Now that’s what I call a subplot.”
Tim Dowling, The Guardian

“The final result was all too predictable. The three chefs who have worked in Michelin-starred kitchens all went through to the next round, while the others were shown the door. Fingers crossed that some young, self-trained experts will beat the sous-chefs as the series progresses. After all, MasterChef producers must know Brits love to champion the underdog.”
Daisy Wyatt, The Independent