“A fun festive glimpse behind the scenes.” Read on for the verdict on last night’s TV. 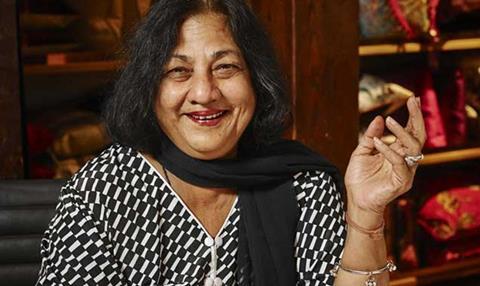 “Soft lighting, intimate interviews and a gossipy informal tone made it watchable from the outset… I could have done with less footage of boring meetings and press launches, and more of the fabulous cast of characters, but all in all it was a fun festive glimpse behind the scenes.”
Sarah Rainey, The Telegraph

“These observational documentaries really only stand out if they have extraordinary characters or they’re about somewhere you’d never get the chance to get a look at, like a fishing boat or a psychiatric hospital. Or if there’s some kind of high drama. This doesn’t really have any of those things… I think the PR department, Liberty itself, and the private equity firm that owns it are going to be most satisfied with the result.”
Sam Wollaston, The Guardian

“Liberty truly is a glorious cornucopia of things I’ll never be able to afford so there was some vicarious pleasure to be had in observing people who could… Come to think of it, this whole programme was really one long advert for Liberty’s charms, wasn’t it? Aren’t there Ofcom rules about this kind of thing?”
Ellen E Jones, The Independent

“The owners should have known better. Perhaps they were hoping that the documentary would reveal a sumptuous world of previously unimaginable luxury. But, in truth, it was just a faded business struggling to turn a profit… Any customers who thought they had a special personal relationship with the store must be feeling dreadfully disillusioned today.”
Christopher Stevens, Daily Mail

“Just as the shop consists of little coves of quaintness, so did this first episode of three. This was neat framing and character extraction from the directors Sasha Djuurkovic and Vanessa Stockley. I felt my own lips pursing at the Christmas sales training session. Still, what a useful time for us to see such process so explicitly.”
Alex Hardy, The Times

“Like the 2003, multiple Emmy-winning HBO series Angels in America, this drama’s strength is how it manages to combine a sweeping sense of period with intimate portraits of individual characters.”
Ellen E Jones, The Independent

“It was not an easy story to watch. It was, however, beautifully shot, flipping between shaky footage of men loitering under lampposts in Stockholm’s parks and cosy, softly-lit family scenes of the boys’ unsuspecting families.”
Sarah Rainey, The Telegraph

“We learnt, again, that the Swedes are very good at drama… This drama was truly visceral, in both the most tender and most shocking senses of the word.”
Alex Hardy, The Times

“I found it an interesting take on maritime catastrophe: the idea that we could turn bad design, rubbish engineering or poor planning into some kind of glorious collective achievement. Perhaps we need somthing similar for our trains.”
Matt Baylis, Daily Express