TV Critics: Line of Duty; Festivals, Sex and Suspicious Parents; Inside No 9; Outnumbered

“An early contender for home-grown drama of the year.” 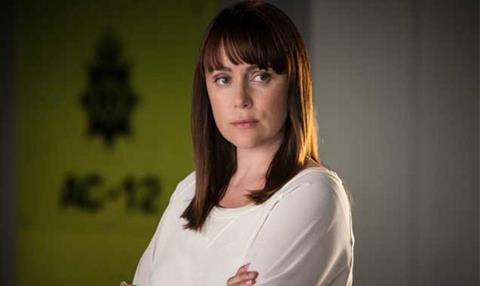 “The excellent crooked cop drama continues to pick up pace. Keeley Hawes is a shoo-in for every TV award going for this role.”
Rebecca Nicholson, The Guardian

“Toe-scrunchingly tense, hypnotically paced and impeccably performed. An early contender for home-grown drama of the year.”
Michael Hogan, The Telegraph

“Jed Mercurio’s brilliance at drawing meaning from the mundane makes Line of Duty feel more real than most dramas, even as its plot heads ever higher into the realms of fantastical conspiracy.”
Andrew Billen, The Times

“We stuck with Chris and Lauren carrying themselves with the decorum of an Oasis crowd at a bacchanal until their folks arrived to inform them that defecating in public and showing your backside is not cool. Meanwhile, I slowly thanked the TV gods that BBC3 didn’t exist [when I was their age].”
Will Dean, The Independent

“What’s really disconcerting here is the show itself, not the behaviour of its young participants. By interspersing the footage of teenagers partying with clips of appalled parents watching it, it both encourages this behaviour and wags a finger at it. It’s sneaky and disingenuous.”
Rebecca Nicholson, The Guardian

“Inside No 9 is like nothing else on TV. Each half-hour playlet is a chiselled gem, as dark as ink and frighteningly funny. Imagine a remake of The Exorcist with Mrs Brown’s Boys, or Psycho with Del Boy and Rodders, and you’re about halfway there.”
Christopher Stevens, Daily Mail

“You just know that anything that bills itself as ‘dark and distrurbing’ is going to be a letdown. It’s not funny, it’s not clever and is so utterly, irredeemably, naffly silly that it ends up being incredibly irritating and nothing else.”
Virginia Blackburn, Daily Express

“As Outnumbered creaks towards it finale next week, it’s clear the show is long past its early peak and though some of its gags are written on fumes it still has enough moments to raise a smile.”
Will Dean, The Independent

“It was wincingly accurate about the seat-of-the-pants chaos and frustrating minutiae of busy family life, but there were no observations we hadn’t heard before or made ourselves. There were also lazy gags at the expense of foreigners with funny accents and a lame climax.”
Michael Hogan, The Telegraph