“What confidence Mercurio has in his storytelling – the nerve, to hold it all back until the second episode!” 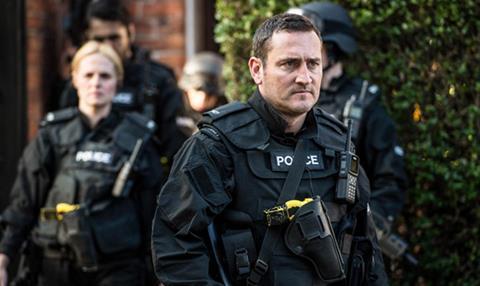 “After such an electrifying first episode, killing off the character seemingly set up to be the series’ protagonist was a bold move and one that could backfire. Jed Mercurio is too skilled a dramatist for Line of Duty to fall completely flat, but the jury is out at this stage.”
Joe Clay, The Times

“As a formal narrative twist, his death was bold. As a means to throw everyone off the scent regarding Denton, it was breathtaking. What confidence Mercurio has in his storytelling – the nerve, to hold it all back until the second episode! – and how well placed that confidence seems to be.”
Gabriel Tate, The Telegraph

The Secret History of My Family, BBC2

“Over six episodes, the genius of The Secret History of My Family has been to take sad stories like this one and follow them forward to see how decisions taken a century ago still impact lives today. What strikes one most profoundly about this generational history is the way it makes time seem elastic. A century ago seems at once an immense distance and barely yesterday.”
Tim Dowling, The Guardian

‘This was interesting to observe, although obscured by a lot of sheer bunkum. Mrs Nelson’s descendants talked about a golden, post-war era when everyone got help and no one was judged for how they lived. Yet they, like all of us, owed the likes of the solicitor’s wife more thanks than they were allowed to express.”
Matt Baylis, Daily Express

“The ‘survival task’ was pointless, as is this whole show. Bear is a fantasist, in his element as he tears about the African bush pretending that sharks are about to eat swimmers or that lions are attacking their camp. By now, the contestants have got the measure of him. He’s like an annoying boy who wants everything to be a drama.”
Christopher Stevens, Daily Mail

“We may now be down to the kind of celebs you have to google to find out why they’re famous – those whose CVs will soon feature the words ‘appeared on Bear Grylls: Mission Survive’ quite near the top – but they’re plucky. Next week a winner will be declared. I don’t think it could be considered a spoiler if I were to tell you that Jason, according to Wikipedia, was once a judge on Dancing on Ice.”
Tim Dowling, The Guardian

“Critics often compare Lee’s stand-up to jazz, but that suggests some musicality. These riffs were monotonous one-note drone pieces. Intentionally so, but still… This was not stand-up deconstructed, more a man grimly grinding the form into dust.”
Joe Clay, The Times