“Mosley was magnificent. It made for gloriumptious television.” 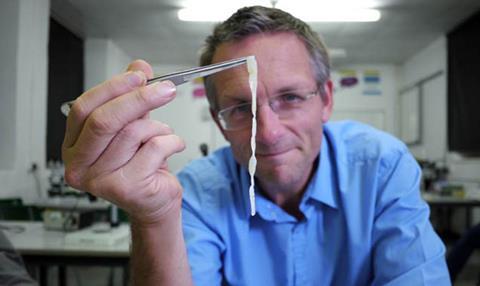 “Infested remained gruesome and illuminating in roughly equal parts as Dr Mosley attached leeches about his person, looked at body lice in clothes, gave himself headlice and altogether went above and beyond the call of Reithian duty. I learned much, and lost a little bit of weight. I really can’t ask for anything more.”
Lucy Mangan, The Guardian

“If you’re feeling rather jaded, and sick to the back teeth of confected, squeaky-clean lens candy, get a load of Mosley. He was magnificent. He took on his disgust response and emerged victorious. It made for gloriumptious television.”
Jake Wallis Simpson, The Telegraph

“Sometimes Mosley reminds me of the less funny student comedians I saw at university. I don’t mean by this that Mosley is untalented but there’s a similar slightly unattractive eagerness about the way he does things to his own body in pursuit of splash-making TV.”
Matt Baylis, Daily Express

The Truth About Webcam Girls, BBC3

“The Truth About Webcam Girls was an admirably unsalacious and untitillating hour about three of the women who make up the panting, pouting army of thousands earning money by getting naked or semi-so in front of their computers. A quietly perceptive, respectful and intelligent film.”
Lucy Mangan, The Guardian

“This film from director Chris Atteshlis, while not telling us all that much, showed us what life is like for three young women who spend their days ‘webcamming’. What fascinated me was the banality of the interaction. The whole thing seemed as sexy as grouting.”
Will Dean, The Independent

“This third episode wasn’t really in the slightest bit funny, but that’s no complaint – I found myself moved by its sad brilliance.”
Will Dean, The Independent

“It was a distressing comedy to watch. It’s only redeeming qualities were the acting, the scripting, the satisfactions of one-act resolution and the laughter it generated.”
Andrew Billen, The Times

“The dialogue is stagey and it doesn’t help that we can’t look at Keeley Hawes without remembering the similar role she played six years ago in Ashes To Ashes.”

“It’s baffling that C5’s new high-tension police show Suspects makes such powerful, original viewing. C5 has no pedigree, no track record and precious little proof that this is what its audience actually wants. But if Suspects had debuted on ITV, the roars of critical acclaim would make your ears pop.”
Christopher Stevens, Daily Mail