“Taut, elegant brilliance I’ll be sticking with to the end.” 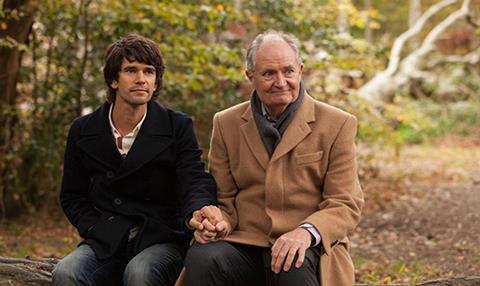 “Spectre it ain’t, and that’s mainly a good thing. Yes, the story at the core of Tom Rob Smith’s drama may be familiar from headlines – a gay spy is found dead, apparently after sexual misadventure. However, London Spy is undoubtedly original as it ponderously excavates emotional backstories, rather than taking a shortcut to obvious adrenaline-soaked espionage.”
Alex Hardy, The Times

“The few sad people who complained about the post-watershed, softly lit, realistic gay sex scene in the opener of London Spy would have been pleased to note there was no more man-on-man action this week. But alas, as Tom Rob Smith’s script opened up from bleak love story into a compelling spy drama, the evidence of foul play hinged on nookie. Last week, I wasn’t convinced by other-worldy Alex/Alistair, but now I’m hooked on his story.”
Sally Newall, The Independent

“Instead of yelling at the screen every time the protagonist willingly walks into danger, I am positively egging Danny on, desperate to see where the story goes. For a show that relies so heavily on the face of its star, fetishising every crease and curve of Whishaw’s boyish chops, he is the only actor I can think of worthy of such constant focus. The interior life of Danny is always on screen as he comes to terms with his grief and his sudden propulsion into a world of spies. London Spy is five episodes of taut, elegant brilliance I’ll be sticking with to the end.”
Julia Raeside, The Guardian

“As it turned out, after vigorous bedroom action in the first episode, the second instalment of London Spy was a non-contact game. Sunken-eyed Ben Whishaw as Danny moped around wondering why he’d found his boyfriend Alex (aka Alistair), an MI6 codebreaker, dead in a box in the attic. It was a right old puzzle. He even stumbled through an actual maze at one point – see? Mostly he was in the dark: on a crepuscular station platform, in an unlit house where Alistair’s parents silently read by X-ray vision, at dinner in a moated grange lit by clumps of candles on plates.”
Christopher Howse, The Telegraph

“The only flaw…is the central conceit, which wobbles visibly at first, unless you really squint and try not to look at it. But once you accept it (and I did willingly), the world of the show wraps around you in much the same way Lovejoy’s Suffolk did back in the 80s. That combination of humour, warmth and dramatic tension is incredibly difficult to pull off without at least one element suffering. But Abbott has hit the sweet spot here when it comes to creating a world I want to believe and spend time in.”
Julia Raeside, The Guardian

“The award for longest documentary title goes to How Britain Won the Space Race: The Story of Bernard Lovell and Jodrell Bank, Jodrell being the site of that massive telescope in Cheshire that helped both the US and the USSR during the Cold War; Lovell being the scientist who nurtured the site from little more than discarded postwar radar equipment. And there was a narrator, Maxine Peake, adding another layer – her accent in full local-lass mode, as though she were trying to eclipse Sean Bean’s O2 ads in terms of most pronounced regional accent. An evocative narrative, which made me want to look to the heavens more.”
Alex Hardy, The Times

“This was up there among the most depressing 45 minutes of television I’ve ever watched. Like the previous instalments in this misjudged series re-examining celeb deaths, the premise was paper thin at best, ridiculous at worst. Surely forensic physician Dr Jason Payne-James should have better things to do than trawl over the sad, inevitable death of a lifelong alcoholic? He was examining why the demon drink wasn’t mentioned on Best’s death certificate. What was mentioned however, was a number of other ailments, all as Payne-James admitted, caused by alcohol abuse. The bottom line was: if George hadn’t started the day with a liquid breakfast “the whole sequence of events we’ve heard about would have never have happened”. No mystery there.”
Sally Newall, The Independent