TV Critics: Lose Weight for Love; Handmade on the Silk Road; A Man for All Seasons; Ultimate Rome

“The premise of Professor Tanya Byron’s experiment seems impractical unless you’ve got a loitering television crew to keep you honest.” 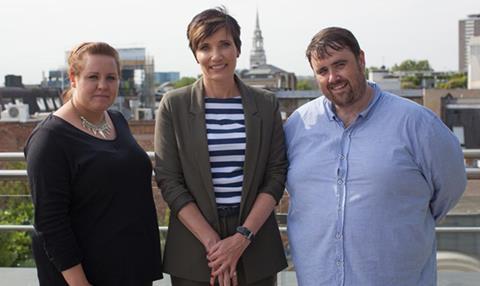 “The premise of Professor Tanya Byron’s experiment – that best results are achieved in solitude – will of course be lost on overweight people who already live alone, and seems impractical anyway unless you’ve got a loitering television crew to keep you honest. However, neither these cavils nor the infuriating documentary appurtenances could entirely shroud the useful demonstration that eating less and exercising more produces slow, solid results.”
Jasper Rees, The Telegraph

“Let us not dwell on a conceit the spuriousness of which can be amply demonstrated by the fact that its exact opposite would sound equally convincing. Beck and her sister Danika together are wonderful. Becky, stoically, refusing to take credit or admit she has done well. This is, I’m sure, partly because of her childhood insecurities but to anyone with personal experience of the phenomenon it is clearly at least equally due to the fact that Becky is northern.”
Lucy Mangan, The Guardian

“It worked. Of course it worked, because the greatest motivator to change is the attention and potential public humiliation of prime-time television itself. This programme was interesting, however, for concentrating less on the mechanics of losing weight — apparently it is to do with eating less and exercising more — as the psychology of those who repeatedly fail to employ them.”
Andrew Billen, The Times

“It’s hard to accept that the BBC, even at its most superior and cynical, could be encouraging people to break up, just for the sake of a glib programme title. But that’s exactly what was happening here. The 21st-century mantra was clear — forget your marriage, forget your children… the only thing that matters is being selfish.”
Christopher Stevens, Daily Mail

“The odd thing about a programme making such a big deal out of relationships was that the relationship barely featured. As the two underwent their mammoth if unequal struggles, Tanya never broached the issue of their marriage.”
Matt Baylis, Daily Express

Handmade on the Silk Road, BBC4

“It has been a lovely series, full of the inexpressible pleasure of watching craftsmen and women, repositories of ancient skills, at work and filmed with an appreciative eye without falling into the trap of fetishising primitivism.”
Lucy Mangan, The Guardian

“Handmade on the silk Road was clearly made at the same time as Dr Sam Willis’ epic documentary on the famous trade route. It’s been a while since a BBC crew was allowed into Iran so you couldn’t blame them for making the most of it.”
Matt Baylis, Daily Express

Jimmy Hill: A Man for All Seasons, BBC1

“On A Man for All Seasons, everyone had a story about Hill and most had an impression, often, accidentally, of telly’s other great chin, Bruce Forsyth. I doubt I ever watched an entire Jimmy Hill Match of the Day, but this tribute to a life well lived was a delight — funny, touching and oddly inspiring.”
Andrew Billen, The Times

“One of the pleasures of this memorial portrait was the parade of leathery has-beens – some of them long since dead and retrieved from the archive – all lining up to pay tribute to Hill while making it subtly clear that they found the milkman’s son who rode to hounds more or less insufferable.”
Jasper Rees, The Telegraph

“As she analysed why Rome had spent so many centuries declining and falling, her attempts at levity were sometimes laboured. She was livelier recounting how Europe’s first great superstate broke up, blaming ‘invaders, waves of refugees, economic migrants’. Nothing explicit was said, of course, but it all sounded like an educated argument for Brexit.”
Christopher Stevens, Daily Mail