“Heavy on the anecdotes and thin on the insights.” Read on for the verdict on last night’s TV. 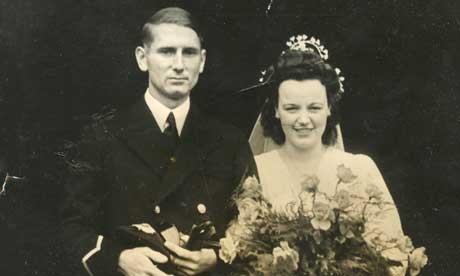 “Feels like something you might have seen on BBC4 before: it is full of jolly black-and-white footage going back a century, stuff expressly shot to extol a certain British way of life, which now looks not only quaint but a little fiendish.”
Tim Dowling, The Guardian

“More and more programmes these days seem to feel that they don’t really cut the mustard unless they take up two decks of headline in the Radio Times. What’s at the core of Love and Marriage though – and it’s a good core, which just about justifies putting up with several flaws – is interviews with people who’ve lived a long time.”
Tom Sutcliffe, The Independent

“Although the clichés flowed in a narration that kept its statistical evidence mainly to itself, the testimonies of the family men and women interviewed were unique and touching.”
Andrew Billen

“This series, like a lot of BBC4 programmes, looks heavy on the anecdotes and thin on the insights.”
Matt Baylis, Daily Express

“Lilyhammer has a classic fish-out-of-water premise. Two episodes in, the water is becoming more interesting than the fish.”
Tim Dowling, The Guardian

“The poor subtitles remain problematic, and, with the turn of the decades, the glorious excesses of Seventies male couture have passed, but, led by character not violence, Ronanzo remains huge fun.”
Andrew Billen