“Lucan was a brilliantly acted, cleverly scripted and beautifully shot drama.” Read on for the verdict on last night’s TV. 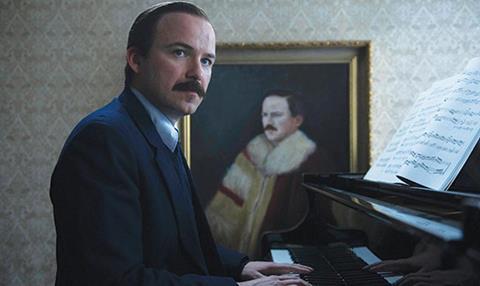 “Even Pope’s astute script couldn’t quite shake off a growing sense of queasiness that here was murder regurgitated as entertainment….The killing itself was shot in near- darkness and tastefully handled but it was hard to watch without feeling like a voyeur in someone else’s tragedy. Lucan was a brilliantly acted, cleverly scripted and beautifully shot drama. I’m not sure it should have ever been made.”
Sarah Hughes, The Independent

“There were some exquisite touches. Remember the craze for ragtime music in the mid-Seventies? Kinnear played a Scott Joplin rag, pounding the keys like he was hammering in coffin nails.”
Christopher Stevens, Daily Mail

“This drama was not journalism, but a work of imagination, with a loyalty only to itself. Next week’s conclusion pretends to know what happened to Lucan after the murder. I hope Pope has a riot writing it, and I trust anyone close to the case will find something entertaining to do on a Wednesday night.”
Andrew Billen, The Times

“And Jane Lapotaire as another of Pearson’s interviewees, Susie Maxwell-Scott, is a ghastly old trout clinging to a world that no longer exists, and one of the least sisterly women you’re ever likely to come across. All are brilliant.”
Sam Wollaston, The Guardian

“By the end Roux was claiming that patisserie was “not just butter, carbs and sugar but a form of art, an experience,a journey”. Be that as it may, this hour-long show felt like self-indulgence.”
Sameer Rahim, The Telegraph

“That perhaps was the rich filling of the documentary: that pastries to these people can be objets d’art, things of beauty, too good to eat.”
Matt Baylis, Daily Express

Sports Personality Of The Year at 60, BBC1

“For all the bragging of presenter Gary Lineker that the trophy matters more than an Oscar, a Nobel and a knighthood rolled into one, it’s clearly nothing more than a distraction. The award would be more interesting if backgammon were reclassified as a sport. Perhaps that might lure Lord Lucan out of hiding?”
Christopher Stevens, Daily Mail