“A thoroughly enjoyable finale for a stylish, extraordinary drama.” 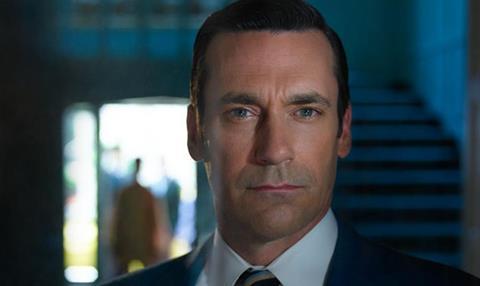 “This was a beautifully acted finale of great warmth and hope, which gave the lie to the assertion that Mad Men always had more style than substance.”
Sarah Hughes, The Independent

“This last episode was so much better than all the crazy speculation going on before. Apt and cool, rather than undramatic or underwhelming. Hell I’m going to miss it.”
Sam Wollaston, The Guardian

“It was a thoroughly enjoyable finale for a stylish, extraordinary drama, whose characters never felt less than true.”
Chris Harvey, The Telegraph

“If there is anything sadder than a woman prostituting herself it may a television channel prostituting itself. I pray it is the only television documentary on prostitution in which you will repeatedly watch a whore wiping from her naked breasts her clients’ non-financial contributions to their transaction.”
Andrew Billen, The Times

“This old-style Cold War spy thriller has sometimes teetered on parody, a sort of Le Carré by numbers. But some classic plotlines are just too good to fail. Best of all, the plot takes so many twists that it doesn’t matter if you’ve missed earlier episodes. In fact, that’s probably an advantage.”
Christopher Stevens, Daily Mail

“Four instalments in and the plot of The Game now resembles the mess of cables at the back of my computer. That’s a good thing where spy stories are concerned.”
Matt Baylis, Daily Express