TV Critics: Marvellous; Your Home in their Hands; Jungle Atlantis

“An hour-and-a-half spent watching that was as good as a week’s holiday.” 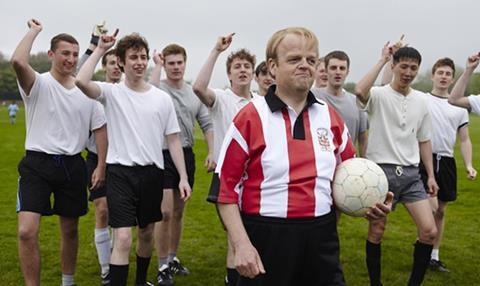 “The triumph of Marvellous is that it’s a feel-good film that feels good, not through any Hollywood schmaltz, but through the sheer force of Neil Baldwin’s own optimistic personality.”
Ellen E Jones, The Independent

“An hour-and-a-half spent watching that was as good as a week’s holiday: refreshing, uplifting and satisfying, like a deep clean for a jaded soul. Instead of being mawkish, it was laced with sharp humour, like a squeeze of lemon.”
Christopher Stevens, Daily Mail

“It might have been too cute in different hands, but both Toby and Gemma Jones gave performances that were almost as miraculous as the story itself. Marvellous wasn’t perfect. I could have done with less of the smiling choir. But it was rare, and kind, and warm. Rather like Neil Baldwin himself.”
Sarah Crompton, The Telegraph

“If it were a body part, it would be a heart, and a big one. But Marvellous gets away with its sentimentality, because of the interesting way it’s put together. Marvellous also works because it’s funny. And it’s moving.”
Sam Wollaston, The Guardian

“Feelgood hardly conveys this film’s intents on us. Personally, I wanted more conflict. Marvellous wasn’t marvellous, but it was much better than a drama-free drama should have been.”
Andrew Billen, The Times

“The script played around with the storytelling in a way not often encountered on mainstream TV. There were so many splendid lines I could use up this entire column quoting them.”
Matt Baylis, Daily Express

Your Home in their Hands, BBC1

“This is clearly intended as some kind of successor to Changing Rooms. But where that show attempted home improvement, this one seemed bent on home destruction. It was not only sadistic, but also dull.”
Sarah Crompton, The Telegraph

“They put two designers, with very different styles, into each house, so there’s conflict within the process as well as at the end. By which time everyone is in tears. Quite interesting then, I think.”
Sam Wollaston, The Guardian

“A droning voiceover and some lacklustre computer graphics didn’t quite manage to extinguish the natural fascination of the subject. There were still just enough God-kings, warring dynasties and spectacular feats of aqua-engineering to hold the interest.”
Ellen E Jones, The Independent