“It’s a relief to watch a cookery programme that isn’t ripe with innuendo and sauce.” 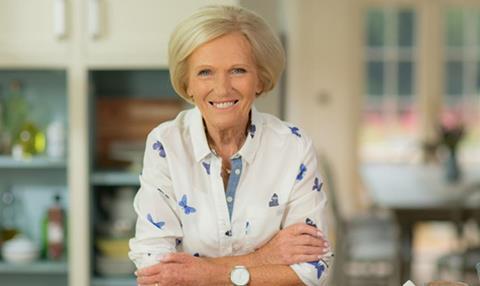 “This was a cookery show that could have been from any time in the past 30 years – if it wasn’t for the presence of a spiralizer.  Berry’s presenting style can be a little stiff-feeling but when she loses her poised veneer a little, she is a natural teacher.”
Sally Newall, The Independent

“It’s a relief to watch a cookery programme that isn’t ripe with innuendo and sauce. The show was brisk and no-nonsense, too. Her recipes might be foolproof, but they are by no means basic. And she was full of handy tips to ensure the best results.”
Christopher Stevens, Daily Mail

“While it’s impossible to begrudge Berry her Indian summer and the series did exactly what it promised, I have to wonder when the BBC will hear the schedules groaning under the weight of all these cookery series, hang up the spatulas, turn off the Aga and commission something a little more ambitious.”
Gabriel Tate, The Times

“The series commits the familiar error of cramming in too much to dedicate sufficient time to any of it, with results both breathless and dull. There was an inescapable air of pointlessness hanging over the whole venture. It added little or nothing to the many similar series of recent years.”
Gabriel Tate, The Times

“Fletcher’s greatest achievement has been to rescue these abstract historical figures from the ossuary and endow them with real, relatable humanity. There’s also her passion – declaiming enthusiastically from burial chambers and stomping keenly around archaeological digs, she’s frequently seemed not just fascinated by her subjects but visibly moved by their travails.”
Phil Harrison, The Telegraph

“Going on the evidence of the first half of the run, this noisy, sweary, fast-paced show will transcend its millennial-skewed subject matter.”
Sally Newall, The Independent

“It’s as bananas as ever, but grippingly and seductively bananas.”
Sam Wollaston, The Guardian

“Drinking, misunderstandings, farts, blow jobs, big bellies, big belly flops, boobs, innuendo, pork balls, a little light racism … It would be easier to forgive if this stuff was coming out of your embarrassing uncle, who never really made it out of the 1970s … In fact, that’s what Benidorm is: someone allowed your embarrassing uncle to make a television show.”
Sam Wollaston, The Guardian