“The delighted chuckles at their every utterance, the “woo!” of it all, began to wear”. 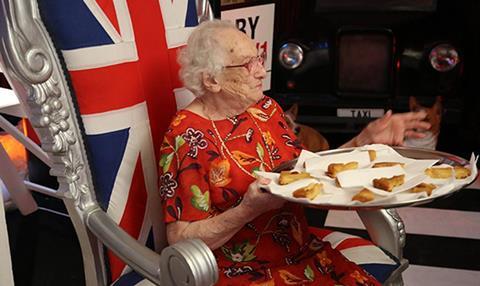 “Thanks to, and much like its participants, the show was creaky but charming”.
Horatia Harrod, The Telegraph

“While, yes, these people feel undervalued and work plays an important part in feelings of self-worth, the delighted chuckles at their every utterance, the “woo!” of it all, began to wear”.
Bim Adewunmi, The Guardian

“Unaddressed was the programme’s assumption that there is nothing better to fill life’s final act than more of the same”.
Andrew Billen, The Times

“With her lurid ginger bob and fishnet tights, Mary could be any age between 35 and 100, but in fact she’s 54 — why not ask someone older to do the job”?
Christopher Stevens, Daily Mail

“The subject matter of the programme was inevitably upsetting, but there was a lack of sensitivity that I found alarming”.
Horatia Harrod, The Telegraph

“My Last Summer leaves us feeling, if anything, worse about death; it may be the best palliative care that its participants could receive”.
Andrew Billen, The Times

“The programme was not here to supply platitudes, much less offer false comfort that such terrible things could never happen to us. My Last Summer forced all of us to consider how we will cope when we’re facing something similar”.
Christopher Stevens, Daily Mail

“Such manicured catfighting has undeniable (if not universal) appeal, but all the usual reality show caveats apply: ultimately I Wanna Marry ‘Harry’ is fodder for the braindead and, ultimately, forgettable”.
Iona McLaren, The Telegraph