“Enough rigour to make it worthwhile, not too much jargon to make it a snooze.” Read on for the verdict on last night’s TV. 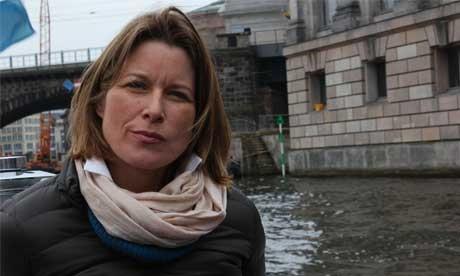 “In less capable hands, this could either have been wilfully impenetrable or hopelessly simplistic, but Flanders pitched it just about right; enough rigour to make it worthwhile, not too much jargon to make it a snooze.”
John Crace, The Guardian

“Allowing for the frustrating fact that Flanders can’t come off the leash and tell us which of her pundits she actually thinks is making sense, her film was interesting enough, providing plenty of raw material for those who want to argue that government has a role in adjusting the levers of the economy… Most viewers will have ended more knowledgeable but just as confused as before.”
Tom Sutcliffe, The Independent

“As so often in disputes involving Israelis and Palestinians, everyone in this intelligent and understated documentary declared that they were 100% right about everything and had no intention of reconsidering their position. With so much intransigence and certainty on offer, they might as well have been economists. Mind you, even with the Tories in charge, I’d say there was a better chance of an economic recovery than a solution to the conflict in the Middle-East.”
John Crace, The Guardian

“There’s a quite funny bit where they ring up the consumer helplines of the products in question, usually revealing that the consumer helpline is a clueless person Googling for answers. But the explanation sections are a combination of laboriously over-stretched travelogue and boastfully dim-witted consumer tests.”
Tom Sutcliffe, The Independent

“When the wave hits the surrounding characters, this drama is truthful, interesting and through-provoking. It’s the middle that has all the problems with the moping, unlikable boy and the woman behaving improbably. A case of the sideshow being better than the main feature.”
Matt Baylis, Daily Express