“It asked a brave and intriguing question and in his new role as presenter, Johnson, you might say, went the distance.” Read on for the verdict on last night’s TV 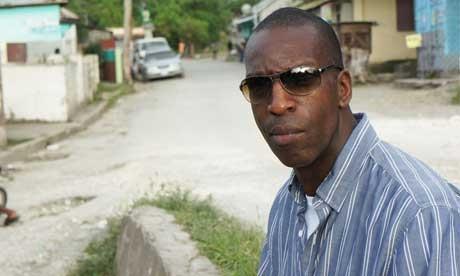 “Michael Johnson proved a diligent investigator into why nearly all athletes at his level are black. He did well neither to choke up nor explode in anger as the film found the testimony of his great-great-great grandmother’s sister, Irella Battle Walker, who was born into slavery.”
Andrew Billen, The Times

“The two streams – of social history and of science – frequently merged, so that social historians frequently pronounced on the genetic effects of slavery (though not vice versa) which made the whole thing less rigorous than it could or perhaps should have been. But it asked a brave and intriguing question and in his new role as presenter, Johnson, you might say, went the distance.”
Lucy Mangan, The Guardian

“It was a cautious film, properly concerned to acknowledge how important culture and personal qualities are in the development of athletic excellence. But it also addressed an unpalatable possibility: that the very cruelty of the slave trade, its indifference to human suffering and its waste of human life, might have conferred an unexpected genetic advantage on those who survived.”
Tom Sutcliffe, The Independent

“His restaurant was like an overlit airport lounge, and his cooking was highly reliant on the microwave. Polizzi kept her clothes on, although she almost lost her rag a couple of times. Otherwise, a good start to the series.”
Andrew Billen, The Times

“Polizzi is a trouper and this episode alone merits another series when the current run is done…She did what the show says on the label and dealt with one of the biggest cases of British eccentricity to grace our screens for years.”
Virginia Blackburn, The Express

“A little over-portentous in style and distinguished by the most surreally inappropriate use of music I’ve encountered for months, this was nonetheless an engrossing film, a story of personal bravery and shabby intellectual betrayal by Soviet fellow-travellers, further lifted by Jones’s Zelig-like brushes with Hitler, Lloyd George and William Randolph Hearst.”
Tom Sutcliffe, The Independent