TV Critics: Midwinter of the Spirit; World of Weird; The Ascent of Woman

“I’m not usually a fan of supernatural stuff. Yet, I found this first instalment to be ideal autumn TV fare.” 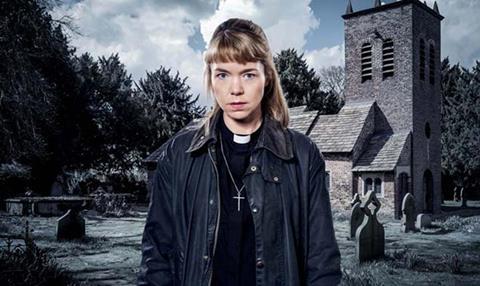 Midwinter of the Spirit, ITV

“I’m not usually a fan of supernatural stuff. Yet, I found this first instalment to be ideal autumn TV fare. It had a pleasingly rural setting involving spookily shot woodland and isolated valleys, well-drawn characters that you could care about, and an intriguing grisly murder.”
Sally Newall, The Independent

“Midwinter of the Spirit managed to be exceptionally creepy without ever venturing beyond the bounds of the credible, let alone (apart from an ill-judged and overcooked opening sequence) into the gory. This was drama to get the heart properly beating.”
Gerard O’Donovan, The Telegraph

“The imagery drew heavily on the first series of the gothic U.S. crime hit True Detective. But what’s blood-curdling in the Deep South doesn’t translate so well to the Welsh Marches.”
Christopher Stevens, Daily Mail

“Midwinter of the Spirit may be derivative but, such is the caution of television drama, it at least offers the schedules something different.”
Andrew Billen, The Times

“Subtle Midwinter of the Spirit is not, and it loses some genuine scariness because of it. But it’s still a lot of fun, just the thing to both cheer and chill as the nights close in.”
Sam Wollaston, The Guardian

“The stranger the goings-on, the more real everything else needs to be. I gave up, although I might have another look, mainly because I want to know why the spirits of the damned only communicate in Latin. Haven’t they heard of the King James Bible?”
Matt Baylis, Daily Express

“Kind of Louis Theroux but without any proper exploration or insight.”
Sam Wollaston, The Guardian

The Ascent of Woman, BBC2

“Amanda Foreman’s forthright history, while sometimes assuming too much knowledge, has raised mine.”
Andrew Billen, The Times