“Miller’s Mountain was quite literally as funny as a broken leg.” 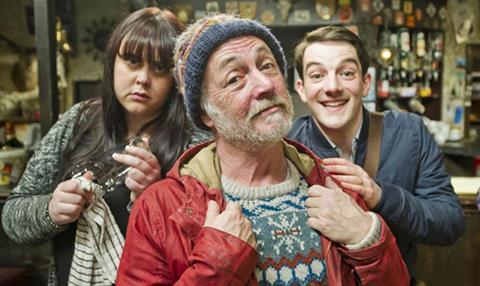 “Miller’s Mountain had new faces, but no new ideas. For all the apparent novelty of the setting in a Scottish mountain rescue community, much of Miller’s Mountain took place in the much more familiar sitcom setting of a pub.”
Ellen E Jones, The Independent

“Miller’s Mountain was quite literally as funny as a broken leg. If you’re entertained by the sight of fractured bones protruding through bloody flesh, you’ll have been flailing with laughter. It’s incredible that nobody — not the writers, the director nor the commissioning execs — understood why this wasn’t funny.”
Christopher Stevens, Daily Mail

“The one-off sitcoms that comprise Comedy Playhouse are presumably commissioned to test new forms of comedy. Set unpromisingly among a Scottish mountain-rescue team, Miller’s Mountain instead returned us to laughter’s very origins. I’d need more than a wee dram to get through another episode.”
Andrew Billen, The Times

“Only a looming deadline prevented me from watching the third episode immediately. It’s both finely wrought and unremittingly grim. There are even occasional watery rays of humour, although none of it is played for laughs, and much of it is fist-clenchingly uncomfortable.”
Sam Wollaston, The Guardian

“As always with Sally Wainwright, it is the women who are strong, who can absorb life’s blows and keep standing. The back garden chats between the sarge and her sister, an ex-heroin addict played by Downton Abbey’s Siobhan Finneran, are a joy to watch.”
Christopher Stevens, Daily Mail

“Happy Valley is, sadly, very close to the reality of old mill towns, rammed with the bored and the desperate and an ice cream van trundling around the streets, dishing out little bags of drugs to the youngsters. It’s an Unhappy Valley, certainly, but one you find yourself returning to.”
Matt Baylis, Daily Express

“This was a fascinating exploration of the part symbolism plays in art, and art in power. If, like me, your knowledge of the French revolution is full of gaps, this programme would have added but a few key swatches to your patchwork of comprehension, but I’ve rarely heard a more eloquent justification for smashing stuff up.”
Sam Wollaston, The Guardian

“Good on BBC4 for risking the odd ‘BBC presenter defends vandalism’ headline by employing Dr Richard Clay to present Tearing Up History and tell the story of the French Revolution not through the art it inspired, but the art it tore down. Here was a new voice with something to say, even about excrement.”
Andrew Billen, The Times