“A confection of format and casting.” 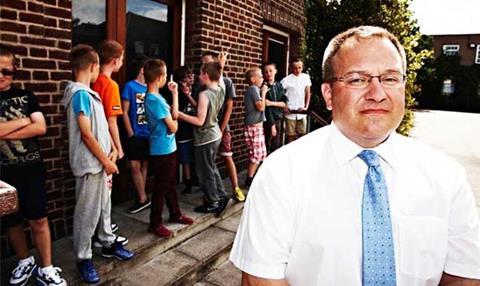 “Those who like wincing at juvenile delinquency will also enjoy tut-tutting at the failing mums — until they realise that there but for the grace of God go they. The show was gimmicky, however, a confection of format and casting.”
Andrew Billen, The Times

“Any opportunity for viewing parents to judge the methods of other breeders is horribly tempting, but Nick Frost’s gently sympathetic voiceover avoids apportioning blame by inflection. No one is censured, only understood.”
Julia Raeside, The Guardian

“By the end of the first episode many of the boys had already uncovered a new love for reading and I’ve no doubt that there will be some teary Dead Poets Society-style moments by the end of the series — it’s just a shame that it all felt like such a well-trodden path.”
Claudia Connell, Daily Mail

“As with Supernanny, you do wonder whether this is just a quick fix (does Jo Frost ever revisit the families six months later?), but also like Supernanny it tackled bad parental habits. For as Mr Drew wisely observed: “What happens at home directly impacts on school.”
Gerard Gilbert, The Independent

“As with all Wainwright’s work, the subject matter may be dark but thanks to sharp and punchy dialogue it never weighs too heavy on the viewer. It feels as though six episodes may be a little ambitious and could lead to a loss of momentum but, so far, I’m hooked.”
Claudia Connell, Daily Mail

“Neat plotting slides the puzzle pieces into place. I found [Steve Pemberton’s] descent into the criminal underworld more believable than Martin Freeman’s in Fargo. There’s no one-dimensional wife urging him to earn more money, just a frustrated man reaching a point where he wants what’s owing to him. Pemberton, like his League of Gentlemen colleague Reece Shearsmith, is growing into a considerable talent.”
Julia Raeside, The Guardian