“If Mr Selfridge carries on like this, you can expect millions to give up watching, in disgust.” 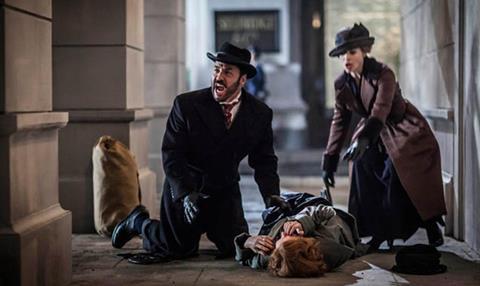 “Millions of puzzled customers must still be scratching their heads, wondering how they found themselves in the sexual violence and drunken brutality department, when moments earlier they had been browsing on the fluffy goods and frivolities stand. If Mr Selfridge carries on like this, you can expect millions to give up watching, in disgust.”
Christopher Stevens, Daily Mail

“It’s still, ounce for ounce, a more enjoyable watch than Downton, mainly because the actors haven’t given up acting (yet) and the scenes involve more than two people, in a room, flatly delivering a bit of plot. It’s unfair of me, perhaps, to compare the two. Like putting an action movie next to a cuckoo clock.”
Matt Baylis, Daily Express

Our Guy in India, Channel 4

“He is likeable in a way that, if you had to pass an hour with him in an airport bar, you’d be glad he was there and equally glad when he’d gone. Unfortunately, likeable as he is, Martin’s time in India was as wasted as our time watching Martin.”
Matt Baylis, Daily Express

“By last night’s conclusion I was really glad we had roughed it in India with a truck mechanic and motorcycle racer rather than a celebrity comedian or another handsome ex-army officer. Why can’t knowledgeable, empathetic, decent Guy Martin present Top Gear instead of you-know-who?”
Andrew Billen, The Times

“Yet again, we were reminded of Top Gear’s magic ingredient: that combustable cocktail of laddish banter and vehicular vandalism. One of the can’t-fail rules of prime time television is that gratuitously blowing things up is always a hoot – for all its sometimes chaotic qualities, Top Gear has never lost sight of this fundamental truth.”
Ed Power, The Telegraph